They don’t know what I have done yet. When they do I will be in SOOO much trouble. I couldn’t stop myself from eating their Halloween candy. I…just…couldn’t. So I put it all in one bag and threw it in the trash. It can no longer tempt me. Oh dear. Maybe if I just deny it, I wont get in trouble. 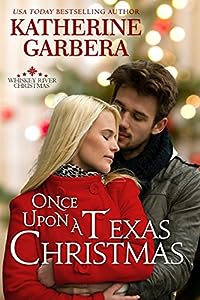 Avery Burton loves her job as assistant to Logan Calloway. A big time Hollywood A-lister, Logan spends all his time on the West Coast leaving her to run his charity in Whiskey River. Staying busy and giving back to the community that is the only real family she’s ever known suits Avery just fine… until Logan announces he’s coming home for Christmas.

Ever since his mother abandoned him as a young boy, Whiskey River hasn’t felt like home to Logan Calloway. Still, he heads home for the holidays, intending to reflect on his career and personal life. When he sees his assistant Avery in his home, Logan begins to realize that Whiskey River has more to offer than just bad memories.

As Logan and Avery spend more time together working for the charity, it becomes impossible to deny their chemistry and attraction. 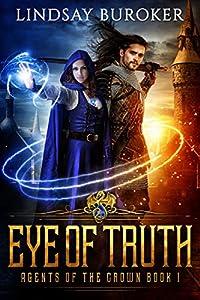 After ten years at war, Jev Dharrow looks forward to hanging up his sword, relaxing with a cool mug of ale, and forgetting that the love of his life married another man while he was gone. But when his ship sails into port, a beautiful woman wearing the garb of an inquisitor from one of the religious orders waits to arrest him.

He’s accused of stealing an ancient artifact with the power to start another war. Jev would gladly hand over the artifact to stop more suffering, but he has no idea where it is or even what it looks like. The inquisitor woman definitely has the wrong person.

Inquisitor Zenia Cham grew up with nothing, but she has distinguished herself as one of the most capable law enforcers in the city, and she’s next in line to become archmage of the temple. All she has to do is find the Eye of Truth, and her superiors are certain that Jev has it.

He tries to charm her with his twinkling eyes and easy smile, but she’s not letting any man get between her and her dreams. Especially not a thief.

If Jev can’t convince Zenia they’re on the same side, find the artifact, and clear his name, his homecoming will turn into a jail sentence. Or worse. 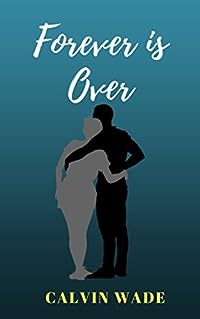 Forever Is Over
by Calvin Wade

“Forever Is Over” is a story of love, laughter and loss. It is set in Ormskirk, Lancashire from the 1980s to the present days and is the story of the life of Richie Billingham. In the opening Chapter, we find Richie terminally ill, but the story is then told by several characters, as his life and loves are pieced together.

The book was written to appeal to both males and females. Fictional lives are mixed with real life events as football, gambling, sex, violence, relationships and growing up, all form part of the plot. 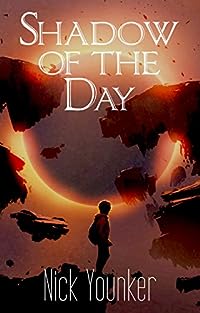 Shadow of the Day
by Nick Younker

The suicide of a nine-year-old girl leads a medical examiner and a digital forensics expert to a series of unsettling events. In this quasi-oligarchic future, billions in legacy assets and tangible cash are at stake. The young girl’s death causes systemic unrest in the small Southern Indiana county of Percy, with people torn between bureaucratic loyalty and moral obligation.

To exacerbate the situation, a rare hacktivist known as “Rabies” has targeted the medical-industrial complex, leading the FBI to Percy County for an unrelated investigation. Eventually, worlds collide.

What started as a tragic loss in the community ends up shocking the nation.

“Darkness is a cold virus best kept in the grave… ” 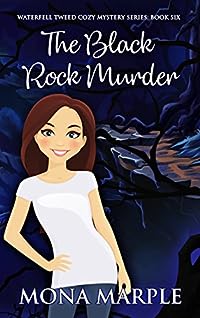 A Storm Is Coming…

As Waterfell Tweed is hit by an awful storm, the consequences will be severe for one family.

With a man dead, an unfamiliar face back in the village, an irate farmer to deal with, and a widow who refuses to believe her husband fell from Black Rock, it’s down to Sandy to investigate.

Did the dead man fall?

Or was he pushed?