They Run The Town

One Turkey. Just one turkey was wandering around downtown. This is really starting to bother me. I know turkeys will not go extinct or anything, but I have really grown fond of the giant flock that takes over the police station and downtown. Of course I enjoy them from the safety of my car. In my car I am not at risk of stepping on one of their giant poops. I can only imagine how big those poops have to be.  They probably have a different routine and I am getting myself worked up for nothing. There are some BEAUTIFUL chickens across town living at the Walgreens that no one has kidnapped and had for dinner, so I am sure the turkeys are safe as well. Now that I am thinking about it. I have heard nothing about that goat that likes to visit the Starbucks. I wonder if he has kicked the caffeine habit. 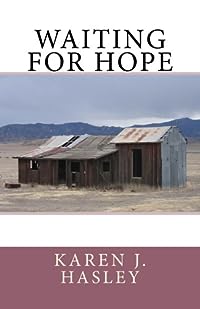 It’s 1905 and the new century overflows with opportunities for the smart, the strong, the confident, and the determined. All words that describe Hope Birdwell to a T. Her first twenty years had their share of trouble and torment, but she’s certain the next twenty hold only promise.

Hope leaves a sordid past behind and heads for Wyoming to take up homesteading. Never mind that she’s alone in the world and has never known a real home in her whole life. Her name is Hope, after all, so what could possibly go wrong?

Well, maybe the long reach of perverted violence from a brute she would rather forget could get in the way of her dreams. Maybe the warmly distracting appeal of friends and community could compromise her independence. Maybe the loving attention of a handsome young man with the unnerving ability to change her opinions about true freedom could cause her to falter. Maybe.

Hope Birdwell knows she is poised at the edge of a bright future, if only she can protect herself and the people she’s grown to love from the dark and deadly menace of her past. Maybe that means she’ll have to risk everything she’s dreamed about and planned for and maybe she won’t succeed. Maybe she’s gone too long without the truth. Maybe.

Hope Birdwell will discover some surprising truths in the wilds of Wyoming. That there’s danger in deception, freedom in sacrifice, and a cost to love. Hard and painful lessons, every one of them, for a modern, single-minded girl. But she’s not one to give up on her dreams no matter what — and her name is Hope, after all. 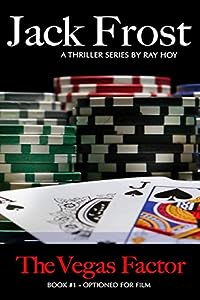 Jack Frost is blessed with a warrior’s mentality and toughness, and cursed with a conscience and fierce loyalty to friends. J.T. Ripper, Frost’s belligerent sidekick from hell, is a Scotch-drinking Doberman with a bad attitude — but he is a warrior, too. Man and dog find themselves fighting for survival in the neon canyons of Sin City when Frost’s best friend, a “semi-retired” Syndicate boss, asks for help. Then… well, what happens in Vegas stays in Vegas. 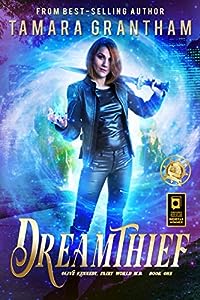 Forget the fairies and unicorns, most people return from fairy world with lost memories and mental problems. Olive Kennedy knows. She’s the therapist who treats patients suffering from Faythander’s side effects.

Traveling back to the fairy realm wasn’t on Olive’s to-do list. But she has no choice. The fate of both Earth and Fairy depends on her ability to stop an ancient being called the Dreamthief. To complicate matters, she may be losing her heart to someone who can’t love her in return. Saving the world, she can handle. Falling in love — not so much. 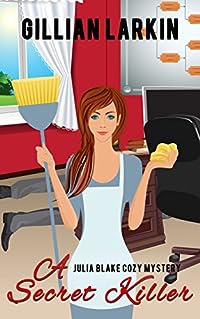 Julia Blake runs a cleaning business. She also has the uncanny knack of discovering murdered people.
In this story Julia visits one of her clients, a genealogist called Hugo Barnes. Hugo has uncovered a family secret during the course of his work. He tells Julia that the client won’t be happy about the secret he’s discovered.
Julia finds Hugo’s dead body the next day. She makes her own investigations into Hugo’s death and soon discovers that his assistant, Dinah, and his brother, Gilbert have strong motives for killing him.
Julia also finds out who the last client of Hugo’s was. Did they have a motive to kill Hugo too?
And who is that man who’s been watching Julia’s house?
Julia is determined to find out who killed Hugo Barnes. 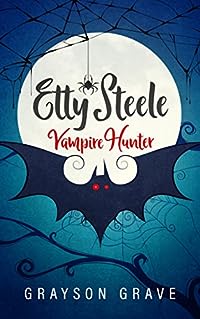 Etty Steele is a vampire hunter. There’s only one problem – she doesn’t have her hunter powers. No super-strength, no super-speed. Nothing.

When she goes back to school after the summer, she’s surprised to find a new boy has joined her class. Even more surprising – he’s a vampire!

If only there was a way to stake him through the heart without anyone noticing.