A bowl of broccoli on your doorstep with a note to the trick or treaters that says, “Take Only One.” is funny as well as the first step to getting your house toilet papered. It’s only funny until the early morning dew hits. 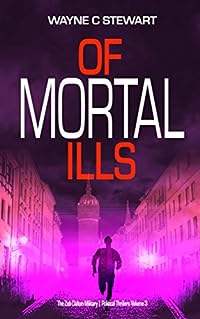 Fundamentalist terror. Human trafficking. Drug cartels. Dictators and violent insurgency. All fall in great numbers and with the speed and finality of the grave. The world is stunned… and then applauds.

How long until the cheers turn to dread? Well, that depends.

Southern media mogul Victor Payne despises injustice. To him, the revolving doors of police stations, courts, and international tribunals seem a mockery of the human race itself.

No more. Enough. Something must be done. Something will be done. He’s been granted the means and a purpose. Neither will be squandered.

Hailed as “fast-paced and imaginative” with a “plot line that keeps you at the edge of your seat and wanting for more”, you’ll find yourself settling in from first page to last.

Breakneck speed. Courage and honor. Loyalty and doubt. It’s all there, waiting for you as America’s favorite retired signal corpsman and former army sniper Jessica Sanchez return in volume 3 of the Zeb Dalton Thrillers. 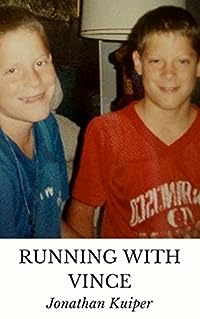 Running With Vince (The Vincent Chronicles Book 1)
by Jonathan Kuiper

Running With Vince focuses on twin brothers and their unique bond. Polar opposites, Christian and Vincent have little in common, other than their family. On one final road trip together, they bicker and banter, but also better understand each other and the love that they share. More importantly, both are able to move forward and serve those they care for after a tragic family event. 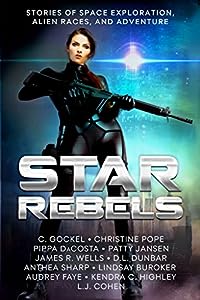 There are rebels among the stars…
Meet eleven protagonists battling to save themselves and the ones they love. Human, cyborg, clone, or alien, they’ll find themselves pitted against intergalactic crime bosses, interstellar mercenaries, a quantum-wave-riding collective mind, and the universe itself. Along the way, there’s plenty of action, adventure, humor, and even some romance.

Written by the freshest voices in science fiction, these stories are short, but they’ll light your imagination like a solar flare. Strap yourself in and join the rebellion! Download this collection today.

About the Star Rebels Stories:

A Tale of Two Ships by Audrey Faye
A KarmaCorp Story
Two ships crash into an unimportant digger rock. The first carries a newborn baby. The second will rewrite her destiny.

Carl Sagan’s Hunt for Intelligent Life in the Universe by C. Gockel
An Archangel Project Story
Sometimes intelligent life is right in front of your whiskers.

Blood Ties by Christine Pope
A Gaian Consortium Story
On the outlaw world of Iradia, Miala Fels and her computer hacker father discover that taking the wrong commission can have unexpected consequences.

Passage Out by Anthea Sharp
A Victoria Eternal Story
Street rat Diana Smythe has long since given up her hopes of escaping Earth, but that doesn’t mean she can’t watch the ships fly in and out of the spaceport and dream…

Arcturus 5 by D.L. Dunbar
A Twenty Sectors Story
Xella went to Arcturus 5 to mediate a simple trade dispute between the Mol and the Dark, but now she’s not sure she’ll get out alive.

Treason’s Course by L.J. Cohen
A Halcyone Space Story
In the midst of Earth’s first off-planet war, a soldier is given a covert assignment and must decide if treason lies in carrying out her orders or disobeying them.

Falling by Pippa DaCosta
A Girl From Above Story
Trapped in a scrappers rig with a woman he’s been hired to kill, Caleb Shepperd is beginning to wonder if this job could be his last.

Starfall Station by Lindsay Buroker
A Fallen Empire Story
After the empire falls, cyborg soldier Leonidas Adler must avoid the Alliance operatives who want him for secrets only he knows, but that’s easier said than done. Worse, his past threatens those he’s traveling with, including Alisa, the freighter captain he has come to care about.

Luminescence by Patty Jansen
An ISF-Allion World Story
Hadie learns the price of being an artificial human when her partner has an accident and becomes unresponsive.

Glome by James Wells
A Great Symmetry Story
Humanity’s first interstellar colony ship has arrived at its destination, only to find an inhospitable death trap of a planet. Crew member Amanda Bowen wishes that was the biggest problem she faced.

Unfinished by Kendra C. Highley
An Unstrung Story
In a world where genetically-engineered humans serve as slave labor to “real humans,” two prototype children, designed to be the most superior models ever created, look to each other to find a way to escape their fate. They may discover that being “artificial” doesn’t mean they can’t love. 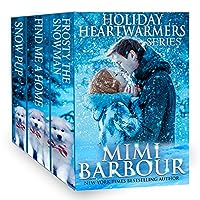 Snow Pup
A small town’s lovely deputy and a father who lost his son years ago to a vindictive wife team up to save the kid from an overzealous social worker and foster home he hates.

Find Me A Home
An accident changes the lives of: a little baby girl who loses her parents, a crabby puppy who hates all men, a soft-hearted beauty who fears for her brother and also the cop who can’t escape his destiny.

Frosty the Snowman
Stranded in an Alaskan snowstorm, strangers Hali and Terry are forced to rely on each other for survival. The frigid temperatures are brutal and when Terry falls through the ice to save a puppy, the stakes for survival become enormous. 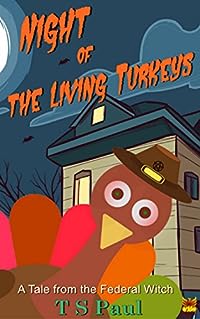 Night of the Living Turkeys: A Tale from the Federal Witch (Holiday Tales Book 2)
by T S Paul

While Agatha is away the WereCat’s will play.

It’s Thanksgiving and Agatha Blackmoore is going home for the holiday. She’s leaving her best two teammates in charge of the Magical Division: Agent Catherine “Cat” Moore and Chuck, the team’s forensic technician. Usually holiday’s are very quiet but not this year. Something is stirring in the South and the turkeys are gobbling. Join Cat and Chuck as they find themselves wondering why the turkey crossed the road.

This is a short holiday tale that’s part of the Federal Witch Universe.