Killer On The Prowl 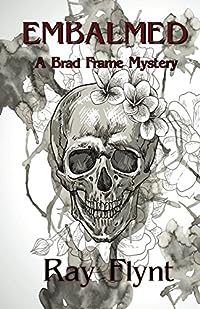 A cold-blooded killer is on the prowl!

Brad Frame seeks the assistance of his friend and mentor, Nick Argostino, in locating a missing person, only to discover that Nick is facing his own troubles.

He’s been suspended from the Philadelphia police force and accused of assaulting a fellow officer. It is an accusation that could end his career.

Nick claims he was set up, which sends Brad and his associate, Sharon Porter, on a hunt for the truth.

At the same time, Brad learns that the missing person he seeks is dead, and has been found already embalmed.

Embalmed culminates with an explosive climax and promises to keep readers glued to their chairs for hours.