Down The Winding Roads

An award winning author, including the GOLD in Foreword INDIES Book of the Year Awards, Jen Geigle Johnson discovered her passion for England while kayaking on the Thames near London as a young teenager. Johnson loves to share bits of history that might otherwise be forgotten. Whether in Regency England, the French Revolution, or Colonial America, her romance novels are much like life is supposed to be: full of adventure. Enjoy! 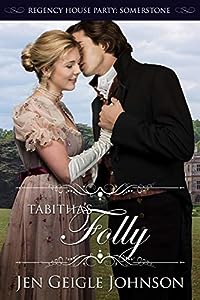 Tabitha’s Folly is one of Five books all set at the same Regency House Party Series. While each is a standalone story, watch our characters mingle together with others from the books in the series. The stories can be read in any order.

Lady Tabitha Easton recklessly dodges four over-protective brothers while trying to gain attention from the man who holds her heart. She has many choices of suitors, and with Henry as disinterested as ever, she turns to what is wholly forbidden, an irresistibly handsome footman. While their friendship grows, her trust in him increases while her hurt and doubt in her childhood love and friend pushes her away from all she’s ever known as family.

When Lord Henry Courtenay discovers a new attraction to his childhood friend, his role as one of her chaperones at the house party becomes near impossible. Irrationally defensive about any potential suitors and seeking time alone with the enticing Tabby, maintaining friendship with her brothers proves more difficult than he ever imagined. His task becomes all the more difficult when she refuses to understand his growing attraction and often finds herself in almost compromising situations.

When Tabitha’s choices might lead her to danger, and doubt and distrust are high, Henry must prove himself or lose her forever. 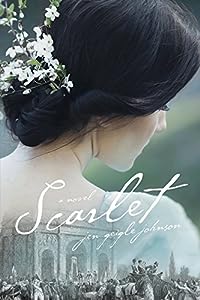 The roads in and out of Paris are heavily guarded, but the dead have easy passage out of the city. A ragged old woman transports the coffins of the most recent victims of the guillotine and is waved on unimpeded. Later, the same crone watches five French aristocrats step out of their coffins unscathed. Not beheaded, but spirited away to safety by that most elusive of spies: the Pimpernel. Or, as she’s known in polite society, Lady Scarlet Cavendish.

When not assuming her secret identity as a hero of the French Revolution, Scarlet presents herself as a fashionable, featherbrained young widow flitting about London. In truth, this façade is merely a diversion designed to conceal her clandestine work in France. Among members of the doomed French aristocracy, the Pimpernel is renowned for her bravery and cunning. But when tasked with rescuing handsome Comte Matteo Durand, she faces an unprecedented challenge: she is falling in love with the man. If ever there was a time to keep her head, it is now — because in a world brimming with intrigue, she is not the only one harboring secrets. And if Scarlet doesn’t take care, Madame la Guillotine may finally catch up with the Pimpernel… 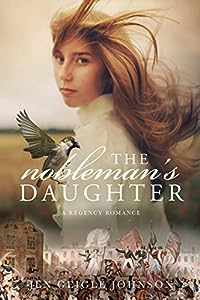 While British high society primps and plays, the impoverished citizens of London languish. But there are those fighting for the freedom of common citizens — including two members of the aristocracy who secretly champion revolution. In the drawing rooms of the upper class, Lady Amanda and Lord Nathaniel flirt and tease with the best of them as she pretends to win every heart in London for sport, and he, to conquer them. But in truth, their flirtation is merely a façade designed to keep their clandestine actions hidden from the ton — and from each other. When Nathaniel presents himself as a potential suitor, the attraction between the two is undeniable — but the faces they portray to the world are not enough to win each other’s hearts.

While their crusade for London’s poor unites them more deeply than they could imagine, Amanda and Nathaniel struggle to trust one another with their true ideals and identities. But when the call to action leads Amanda into the path of danger, she can only hope that Nathaniel will see through her frivolous pretense. Because now, only the aid of the suitor she loves most — but trusts least — can save her.