For five days in Disneyland everything we did required us to stand in line and weave our way through a roped or chain maze. Everything. Food, rides, bathroom, you name it. In fact, people were so used to standing in line that if you just started a line in a random place, people would soon start lining up behind you. This actually happened. We had seven in our group and we were talking to a Disney Cast Member, asking her a question. We were kinda in a line, so people started filing behind us. I thought this was rather strange since there were other cast members around if they had a question as well. After a few minutes I overheard one person ask what the line was for, and the other guest responded that they weren’t sure. I turned around and told them we were just asking a question about the rides. They looked at me a bit irritated and left. Sorry. 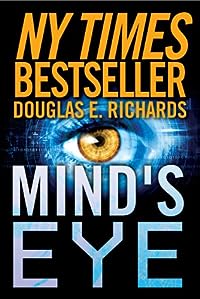 A breathtaking near-future thriller. From the NY Times bestselling author whose books have sold over a million copies.

When Nick Hall wakes up in a dumpster–bloodied, without a memory, and hearing voices in his head–he knows things are bad. But they’re about to get far worse. Because he’s being hunted by a team of relentless assassins. Soon Hall discovers that advanced electronics have been implanted in his brain, and he now has two astonishing abilities. He can surf the web using thoughts alone. And he can read minds. But who’s responsible? And why is someone so desperate to kill him?

As Hall battles for survival and races to find answers, he comes to learn that far more is at stake than just his life. Because his actions can either catapult civilization to new heights–or bring about its total collapse.

Based on actual research on thought-controlled web surfing, Mind’s Eye is a smart, roller-coaster ride of a thriller. One that raises a number of intriguing possibilities about a future that is just around the corner. 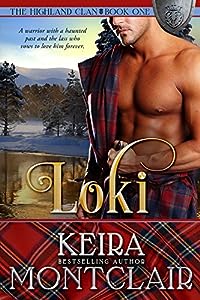 A warrior with a haunted past and the lass who vows to love him forever.

Loki Grant’s first memories are of living in a crate behind an inn in Ayr, struggling to survive. Clan Grant saved him from his lonely existence and took him in as one of their own. But though the Highlands have become his home and he loves his adopted parents, Brodie and Celestina, Loki feels lost. Part of him is still that scrappy wee lad who relied on his wits to survive the streets, and he is not sure he belongs. The feistiest and most beautiful lass in the clan, Arabella, steals his heart, but when her father resists the match because Loki is not of clan blood, Loki decides to confront his past. He wishes to satisfy Bella’s father by discovering his parentage, but he also hopes his quest will help him understand his purpose.

As far as Arabella is concerned, Loki Grant is the wiliest, brawest, and most handsome warrior in existence. She is determined to have him as her husband regardless of what her father thinks. So when Loki’s search for his sire leads him into trouble, she rushes headlong after him.

Together, Loki and Arabella must discover the dark secrets of Loki’s origins, for only by confronting the past can they hope for a bright future together. 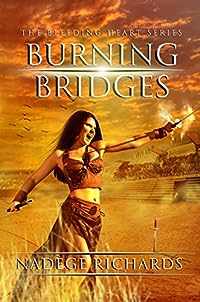 Perfect for fans of Xena: Warrior Princess & An Ember in the Ashes!
An epic fantasy adventure full of romance, angst, mystery, and magick!

In a lost world divided between those known as the Hunters and Warriors, prisoners who have fallen prey to King Cyrus’s decrees are forced into an arena to fight until death. The champion is granted mercy and the privilege to see another sunrise, but the fallen meet their fate in the bloodied sand.

Seventeen year-old Echo Abbeny has always accepted her role as a Warrior and heiress to the Alwaenian throne. She wears the gowns and the crowns and knows the right words to say as a noblewoman, even though her heart longs to be out on the field, fighting among the brave. But she also knows the rules… and exactly how to break them.

Just days before her wedding to a corrupt prince, something happens to her–something so frightening it’s been kept a secret for thousands of years. A dark force beckons behind her eyes and power surges in her veins. She isn’t normal, she isn’t who she thought she was, and all her answers lead her to the last person she expected.

His very existence is shunned. He’s everything Echo is warned to stay away from, but his otherworldly, violet eyes make it impossible to do. When death threatens their forbidden connection, they are forced to do the unthinkable to unearth their world swallowed by lies. Just how far will they go? 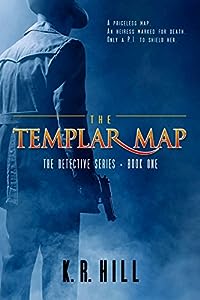 The Templar Map (The Detectives Book 1)
by K.R. Hill

The FBI is searching for it.
Israeli agents are killing people to find it.
The criminal organization that got cheated out of it, is looking for blood.
Into the office of Private Detective Jason Dalton, walks a beautiful widow with a clue to the location of a priceless Templar map.
Dalton had an office in one of those old buildings downtown. You know the type, built in the twenties with a marble staircase, a huge lobby that smelled old and stale, a broken elevator with brass fixtures. Dalton and young Nick, his assistant, were working nickel and dime stuff: missing persons, insurance fraud, and rounding up a fugitive here and there.
Then she arrived. Dalton heard heels clicking on the tile landing, and looked up from his desk. Into his office walked a redhead with an envelope full of cash. As she crossed the room in that tight skirt, his mouth dropped open.
Mrs. Sophie Devonshire had been attacked. Her home had been burglarized. It all started, she said, when she found a photo of an old map among her late husband’s things. Could Mr. Dalton help her find the real map?
But the case seemed too good. Somebody was going to a lot of trouble to get Dalton involved. Could it be a trap? Then he found a tracking devise on his coat, and two military thugs burst through the weapons drawn.
What was Dalton getting into? 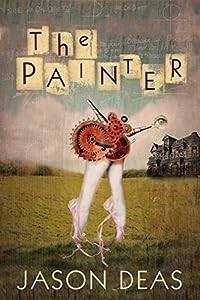 Life can be complicated for a liar and fake artist. As a university art student in 1992, Andy has stealing bits and pieces from other works down to a science. His deception is rooted so deep within himself, he’s even beginning to believe his own lies.

When Andy meets Henry, an actual artist, his life tumbles farther down the rabbit hole. Henry lives in the shadows of Athens, Georgia, unable to face humanity for his own dark reasons. When the two join forces, Henry gives Andy the keys to the art kingdom, a move which will alter both of their lives.

As Andy and Henry’s duplicity takes form, an eclectic cast of characters add to the deceptive backdrop Andy is creating with his lies. A girlfriend and her roommate, a musical bartender, a blind man and a crazy beatnik all take shape in Andy’s colorful life. Within a story of love, laughter, hangovers and lies, Andy must decide between the life he’s painted using someone else’s brush, or finding his true self within the gray.