Whatever my little puppy Junebug is on, can someone please tell me when it will wear off? Junebug has been flying around the house like a rocket for two days. TWO DAYS!! Nothing is slowing her down. All of us here in the Book Basset household are exhausted! If we aren’t paying attention she attacks our calves with rapid fire puppy paws and little nips to the backs of our ankles. It’s like she hit the terrible twos. She is being so rough with my kitty Sinny, that I think if he ever could speak, this would be the moment he does and asks for a break. All the tug of war and walkies in the world can’t slow this little angel down. I am going to watch her closely and see what she is getting into to give her so much energy. If it turns out to be just her dog food, I am sprinkling that stuff on my yogurt. 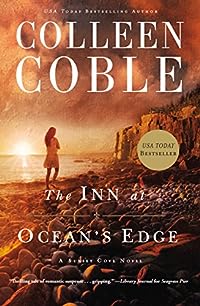 “Coble doesn’t disappoint with her custom blend of suspense and romance.” — Publishers Weekly

Claire’s visit to a luxury hotel in Maine awakens repressed memories and threatens all she holds dear.

In 1989, Claire Dellamare disappeared from her own fourth birthday party at the Hotel Tourmaline on the island of Folly Shoals, Maine. She showed up a year later at the same hotel, with a note pinned to her dress but no explanation. Nobody knows where Claire spent that year — and until now, Claire didn’t even know she had ever been missing.

But when Claire returns to the Hotel Tourmaline for a business meeting with her CEO father, disturbing memories begin to surface… despite her parents’ best efforts to keep them forgotten.

Luke Rocco lost his mother under equally mysterious circumstances — at the same time Claire disappeared. After a chance encounter reveals the unlikely link between them, Claire and Luke set out together to uncover the truth about what happened that fateful year.

With flashbacks swimming just beneath her consciousness and a murderer threatening her safety, Claire’s very life depends on unscrambling her past… even if her family refuses to acknowledge it. Someone — maybe everyone — is hiding something from Claire Dellamare, and it will cost her everything to drag the truth out into the light. 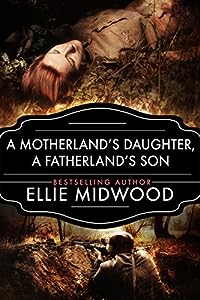 A country, torn by the occupation of two unlikely allies – Nazi Germany and the Soviet Union.
On the border of this newly divided territory, a young Wehrmacht Unteroffizier, Werner and a Soviet Military Interpreter, Kira meet and fall in love against all odds.
Both forced into the military against their will, they wish for one thing only – a peaceful life together. Everything is set for Kira to defect and marry Werner…
But the German army invades the Soviet Union, and now the two lovers are forced to fight against each other on the opposite sides of the frontline; trying to keep their humanity as more and more atrocities are committed by both armies. They have to decide if their love is stronger than the devastation surrounding them or succumb to the hate as sworn enemies should.

Partially based on true events, this novel will take you on the unforgettable journey through war-torn countries, where hope can be lost in no-man’s-land, and one will have to go to great lengths not to lose sight of it. 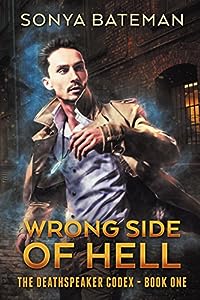 Life was a whole lot easier when the dead stayed dead.

My name is Gideon Black, and I’m not human. I am the DeathSpeaker. And I’m totally screwed.

I had no idea that paranormals existed until a dead guy threatened my life, and while I was trying to figure that mess out, I encountered a werewolf. Turns out that New York City is chock full of Fae and were-creatures, demons and vampires, golems and bogeymen (yes, plural — the bogeyman isn’t a legend, it’s a species), all of them fighting in secret against Milus Dei, the powerful organization who’s systematically hunting them down.

So now I’m destined to either save the Others, or become the key to their extinction. I’m a little unclear on the whole DeathSpeaker prophecy, but they say I’m the one. The one who has no idea what I’m supposed to do or how to use these powers I suddenly have.

All I’ve got for help is a snarky werewolf who resents me for accidentally saving her life, and a drunken Unseelie Fae who’d happily kill me if the werewolf didn’t hold him back. And the DeathSpeaker is apparently number one on Milus Dei’s Most Wanted List, so I also have to survive long enough to beat them…

Being the DeathSpeaker is the worst job ever. 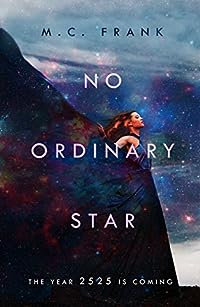 No Ordinary Star
by M.C. Frank

Scifi, dystopian and frozen. Welcome to the chilling future of humanity.

A soldier is summoned to the North Pole, days before the year changes, told to fix the great Clock for a celebration. He has no idea what to do.
A girl, hunted for the crime of being born, almost dies out on the ice. She is rescued by the last polar bear left alive.
A library waits for them both, a library built over a span of a hundred years, forgotten in the basement of an ice shack.
The world hasn’t known hunger or sickness in hundreds of years. It has also forgotten love and beauty.
The year is 2525.

Inspired by the short stories of Ray Bradbury, this futuristic novel is set in a world where Christmas -among other things- is obsolete and a Clock is what keeps the fragile balance of peace.

Written in three installments, this is the breathtaking and sensual story of how two unlikely people change the world, and each other, one book at a time.

Immerse yourself into the icy cold world of this scorching hot new novel. 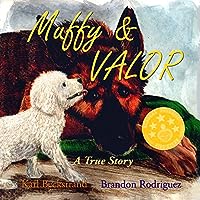 “A touching, easy-to-read children’s story for ages 3 – 7… based on an actual event pertaining to the author’s own dog.” – Stevie Turner, author.

Muffy is a little dog who loves people; but after a painful injury she is wary of other dogs. Valor is a lost German shepherd who gets hit by a car. When Muffy’s family brings Valor home to recover, no one is sure what Muff will do. This touching picture book teaches compassion, friendship, trust, and courage (kids ages 3 – 7 including any with a fear of dogs).
Includes finding activity (count the different dogs). 700 English words in dyslexic-friendly font by award-winning children’s author Karl Beckstrand