Author Sarra Cannon’s novels often stem from her own experiences growing up in the small town of Hawkinsville, Georgia, where she learned that being popular always comes at a price and relationships are rarely as simple as they seem. Begin a fantastic journey with these addictive books with fantastic story lines and vivid characters you won’t soon forget. Enjoy! 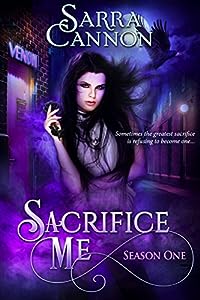 Sacrifice Me: Season One (Sacrifice Me Seasons Book 1)
by Sarra Cannon

Sometimes the greatest sacrifice is refusing to become one…
On her twenty-first birthday, Franki Smith receives a dozen black roses and an unsigned invitation to a nightclub. Two handwritten words near the top haunt her. “Little Bird.” Her mother’s nickname for her.

Only, Franki’s mother disappeared without a trace exactly three years ago to the day.

And the nightclub doesn’t seem to exist.

Who sent the dark gift? Franki’s need to answer this question leads her to the doorway of a strange and glamorous new world. A world her mother went to great lengths to keep hidden.

A world someone desperately wants Franki to discover, where forbidden romance and dangerous truths await.

Vampires. Demons. Witches. Shifters.Return to world of the bestselling Shadow Demons Saga, this time from the viewpoint of a brand new, kickass heroine. (*You do NOT need to have read the original Demons series to understand this one!)

Sacrifice Me is a serial new adult paranormal romance with twists and turns that will pull you in and keep you guessing until the last installment. This is the complete box set of all six original episodes. 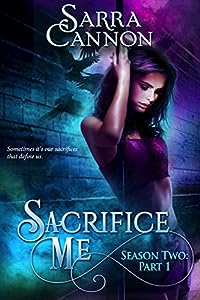 Vampires. Demons. Witches. Shifters. Season Two of Sacrifice Me begins with an explosive Part 1 you won’t be able to put down.

Sometimes it’s our sacrifices that define us…
In the Brotherhood of Darkness, killing a fellow vampire is an offense punishable by death. So why haven’t they summoned Rend to answer for the Devil’s murder? It’s been months since the attack, and though Rend and Franki have settled into a new life together, the threat of judgment hangs over them like an ominous cloud.

But there are other threats just as dangerous as the Brotherhood of Darkness. Threats like the Mother Crow and what exactly she wants with Franki after all these years.

They cling tightly to each other as the gathering storm approaches, but when it finally arrives, it’s not at all what they feared.

It’s much, much worse.

Sacrifice Me is a serial new adult paranormal romance and urban fantasy with twists and turns that will pull you in and keep you guessing until the last installment. This is Part 1 of Season Two and contains Episodes 1-3 of this season.

Over a quarter of a million copies sold in The Shadow Demons Saga!! Begin this epic journey against the darkness with the first three books, FREE! For a limited time

Dark secrets hide within…
Beautiful Demons
Harper Madison isn’t like other girls. She has extraordinary powers, but her inability to control them has gotten her kicked from so many foster homes she’s lost count. Shadowford Home for Girls is her last chance, and she hopes Peachville High will be the fresh start she needs.

But when evidence ties her to the gruesome murder of a Demons cheerleader, Harper discovers this small town has a big secret.

Inner Demons
Harper Madison is willing to do whatever it takes to get answers about the disappearance of her mother and about her own strange powers. Even if it means joining the Demons cheerleading squad, a secret training ground for witches. The training opens up a new world for Harper. It’s a world of beauty and magic beyond her wildest dreams, but it’s also a world of sinister expectations.

A world where every secret hides an even darker secret.

Bitter Demons
So far, life in Peachville has been tough for Harper. She’s survived attacks on her life, learned how to control her magic, and met the most gorgeous guy with an unbelievable secret. After her latest stunt at Brighton Hospital, life has gotten even more complicated. The Order of Shadows is determined to tighten their control on her life.

When a future Prima from a nearby demon gate comes to town, she and Harper decide to use glamours to switch places at a party. All Harper wants is to have a little fun.

But the night will end in blood.

And Harper will find out the attack was meant for her…

*And don’t miss the bonus novel, A Demon’s Wrath. 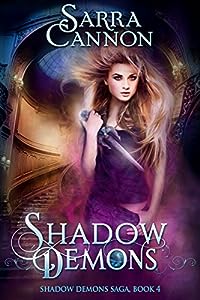 This is Book 4 of The Shadow Demons Saga:

In Peachville, there’s a fine line between good and evil.

That line is about to be crossed. 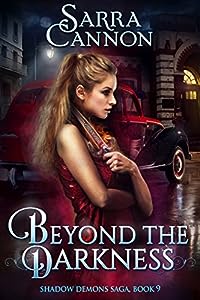 Will they find their way back to each other?

***The war against the Order of Shadows rages on in this explosive ninth installment of The Shadow Demons Saga with over 350,000 copies sold!!!***

Harper Brighton has been through the most terrifying torture of her life. But she’s awakened from the nightmare only to realize a new terror has begun. Jackson has a job to do: Free the emerald gates. But he can’t stop thinking of bringing Harper home. And he’ll stop at nothing to be reunited with the woman he loves.

With the King’s Games about to begin in the Shadow World, Aerden must fight for his life in the arena. And Lea has challenges of her own. What has happened to the king’s power? And who is this mysterious demon who has taken control of the kingdom? They both are in a race against time, fighting for their survival.

Will they escape from beyond the darkness? Or will it consume them all?