The bunnies are sneaking out. I am decorating a bit for Easter, and I am slowly putting out all the little bunnies I have collected over the years. I do this slowly so hubby doesn’t realize just how many bunnies I have. I think he knows. I’m not going to let on that I know he knows. 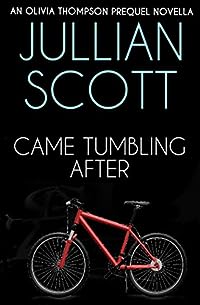 Twelve years ago, a young boy vanished on his way home for dinner. The only trace he left behind was his bike in the middle of the road. When another boy goes missing over a decade later, it’s a race against the clock to solve the mystery before it’s too late.

Nate is extra determined to crack the case. With Olivia by his side, he returns to his hometown to face the ghosts of his past and hopefully bring closure to two families whose lives have been torn apart.

Came Tumbling After is where it all begins for Nate Tucker and Olivia Thompson. They take on their first case together in this prequel story to the Olivia Thompson Mysteries. Along the way, they learn more about each other, the monsters they hunt, and the love that unites them. 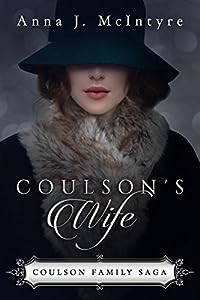 The beginning of the Coulson Empire, 1918:

Mary Ellen’s father didn’t trade her for a house-exactly. Marrying the wealthy and handsome Randall Coulson is not something Mary Ellen wants to do, but being the obedient daughter she agrees to the marriage.

Randall Coulson wants Mary Ellen for one reason-to give him sons. He has no desire to form a bond of love or friendship with his young bride. His own heart is already taken.

A bittersweet story of love, lies and family secrets, taking place during a turbulent period of American history, when the perception of women and their role in society changed in one woman’s lifetime. 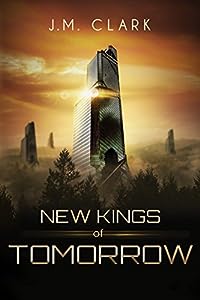 Twenty years ago, Jacob lost everything. Just as he was starting to figure out life as a college freshman, his world was suddenly shattered when a devastating illness destroyed the world he once knew and claimed the lives of everyone that mattered to him.

Jacob and the other survivors of the pandemic were transported to the Palace Program. Housed in a quarantined modern facility, the Palace is a perfect community designed to protect them from the sickness that wiped out ninety-five percent of the world population.

The Order, which has risen as the new ruling power, and believes the desires of the old world were responsible for its collapse. They appoint Sirus, the program director, to rehabilitate the survivors and continue with the reproduction of mankind.

As the years go by and Jacob’s relationships in the Palace become more complex, he slowly begins to see that the man-made utopian society is nothing close to a perfect tomorrow, but is instead an unfathomable deception.

New Kings of Tomorrow is a high intensity, self-introspective journey through a dystopian world on the brink of a revival or implosion. This book is Handmaid’s Tale, Under the Dome, The Dark Tower, and The Maze Runner intertwined into a page turning thriller that is sometimes scary and enlightening. 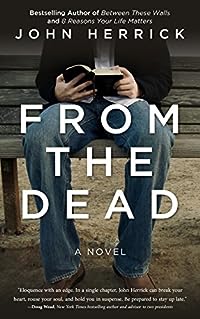 From The Dead: A gripping novel of redemption (John Herrick Collection Book 1)
by John Herrick

A preacher’s son, a father in hiding, a guilty heart filled with secrets: When Jesse Barlow escaped to Hollywood, he hungered for fame–but eleven years of failure result in a drug-induced suicide attempt. Revived at death’s doorstep, Jesse returns to his Ohio hometown to make amends with his preacher father, a former love, and Jesse’s own secret son. But Jesse’s renewed commitment becomes a baptism by fire when his son’s advanced illness calls for a sacrifice–one that could cost Jesse the very life he regained. A novel of mercy, hope and second chances, From The Dead captures the human spirit with tragedy and joy. A character-driven, gripping page turner in the tradition of Jodi Picoult and Nicholas Sparks, it has warmed the hearts of readers whose passions include mainstream fiction, literary fiction, Christian inspirational, Christian fiction, as well as best sellers by James Patterson, Karen Kingsbury, and Heather Graham. Available as a Kindle Unlimited title.

Publisher’s full disclosure to readers: This novel of faith occurs within a true-to-life context of redemption, and contains adult language and content. 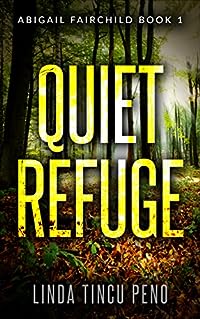 Abi Fairchild lives in the racial turbulence of 1964 Alabama. She and her friend Becca hear about a missing girl and decide to investigate. What they find is far more sinister than anything they imagined, and soon they are running for their lives, trying to make it home alive. Meanwhile, Abi’s Uncle, Sheriff Wesley Johnson, discovers she escaped the tornado that ripped through the school, but now an enemy of his is stalking her, seeking revenge. Wesley races against the clock, searching for the missing teens while trying to keep the town calm, afraid that misplaced vigilante justice has organized a lynching against an innocent target.

Quiet Refuge is a mystery suspense thriller set in historical Alabama. It follows Sheriff Wesley Johnson and his niece Abi, as they each investigate the death of a girl on their own while facing a town that is determined to lynch what might be an innocent man. Fans of A Time to Kill and The Bone Collector will love this action thriller that will take your breath away… featured on I’m loving books.