Junebug still seems to be worn out from yesterdays play dates. My kitty Sinny seems a bit worried about her. He keeps checking in on her and I think he is wondering why she isn’t jumping all over him. Don’t get too relaxed Sinny…she could pounce at any second! 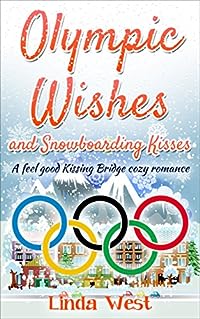 A funny wonderful feel good clean and wholesome romance. Summer and Brad are slated to get married but things go awry in Kissing Bridge! Brad’s younger sister, snowboarding champion, Kacey Anderson is forced to come home to heal from a bad accident. After being told she can no longer compete she begins to train at her home while still missing her beloved Olympic gold medalist Brody Jenkins. Against doctor’s orders she begins to regain her strength in the hopes of competing in the 2016 Olympics. When a young Climate Change activist enlists her help to bring awareness to the cause, Kacey begins to think that her future may be much different then she imagined. Summer is forced back to LA to finish off a contract when the worst blizzard in decades hits her hometown. Unable to return she can only suffer as she here’s a fate worse than she can ever imagine is unfolding back home in Kissing Bridge Mountain. Against all odds, love always seems to bring miracles to Kissing Bridge and this story will leave you believing and having faith in the power of true love. 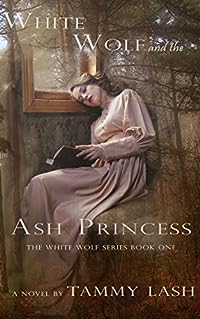 White Wolf and the Ash Princess
by Tammy Lash

Eighteen year old Izzy’s limited world begins to feel cramped after she completes her self-appointed book dare. After reading two-hundred and fifty books, a thought that had been once tucked away as tightly as the books on her library shelves becomes too irresistible to ignore… “Who am I?”

Memory loss prohibits Izzy from remembering her life before age seven when she was injured in a fire. Jonathan Gudwyne and his head housekeeper rescued her and took Izzy in as their own, but who did she belong to before they took her in?

Crippling panic keeps Izzy from wandering beyond the stables but Tubs, the Gudwyne’s young stable boy, encourages Izzy to go beyond the property’s rock wall to a world that promises possible answers, but also great danger. A scorched castle in the woods and a mysterious cellar filled with secrets sets Izzy on a path to the New World, where she will not only have to face her own terror but face the people responsible for her scars.

It is here, in the untamed wilds of the seventeenth century that she finds love and a home in the most unexpected of places. 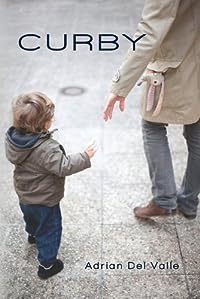 It’s not every day that a newborn baby is stuffed inside a cardboard box, folded up and left in the gutter. Nick Santinelli steers a huge New York City street sweeper around a corner and sees the box lying just ahead. He gets out and picks it up, both surprised and shocked at what he finds inside. He brings the sleeping baby home and only blocks from his route. “Sandy!” he called out, as soon as he entered the living room. Her hair, still wet from a shower, his girlfriend sat on the couch drying it. “What are you doing home, Hon?” “Oh, nothing important… just a baby I found in the street.” She instantly stopped drying her hair, holding the still pose and replaying what she just heard inside her mind, or what she thought she just heard. No, that could not have been what he said. She turned to him with a questioning look. “What did you just say?” Sandy, his longtime girlfriend, decides they should not report anything and raise the baby themselves. She’s dying of terminal cancer and wants this one chance to be a mother. After she passes away, Nick finds a Nanny who he believes he can trust. When the nanny steps out to buy cigarettes after leaving the now three year old to take his afternoon nap, Curby walks out of the apartment and becomes lost in the Brooklyn streets. Without a birth certificate, Nick can’t prove the boy is his. He battles the court and the assigned city caretakers from Children’s Services for custody of Curby where a surprise awaits everyone involved. 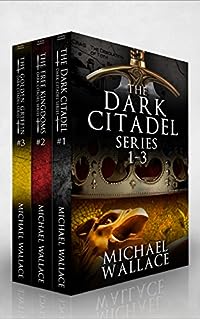 The Dark Citadel: When a dark wizard takes control of Balsalom and forces young queen Kallia into marriage, slave boy Darik bands with griffin riders and knights to defend their city.

The Free Kingdoms: The Dark Wizard marches against the Free Kingdoms while a wizard, warrior prince, and a freed slave boy mount a heroic defense. A young queen struggles behind enemy lines to keep her city free from the enemy’s grasp.

The Golden Griffin: The dark wizard’s dragons attack the griffin riders in their aeries. With her father dead, the young leader of the griffin riders must venture into the northern wilds to tame the powerful and elusive golden griffin. If she fails, her people will be scattered and destroyed. 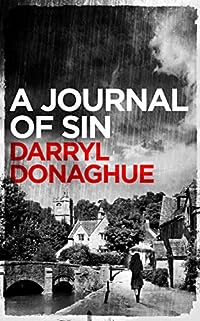 A murdered priest leaves behind records of confessional secrets… Secrets someone would prefer he’d taken to the grave.

Sarah is a young, inexperienced police officer alone and out of her depth. She’s stuck in Sunbury, an isolated English countryside town, during the worst flood in British history, and all she wants to do is to get home to her family.

When the town’s troubled priest is brutally murdered, the residents call upon Sarah to investigate her murder. With no way to contact anyone for assistance, she reluctantly begins her investigation and soon uncovers the victim kept a journal of confessional secrets.

As she reads the journal, she realises that the sleepy town of Sunbury has been hiding some dangerous secrets. The pressure rises as she inches closer to the killer, and the townsfolk watch her every move.

With no forensic team, no way to call for help and a savage killer on the loose, will Sarah be able to bring the killer to justice or will her inexperience be her undoing?

A Journal of Sin is the first instalment in the DC Sarah Gladstone series. If you love compelling British mysteries with strong female heroines that keep you turning the pages, then you’ll love this crime fiction series from former detective Darryl Donaghue.