To All The Prince Charmings…

Joslyn Westbrook has been creating stories since grade school. Her passion for writing often led to teachers and college professors reading her stories to the class, showcasing her creativity. Her novels are filled with romance, laughter and sassy banter that will have you laughing out loud. Westbrook writes her characters as strong, driven people that want to find love and be loved for who they are with all their intricacies. ENJOY!! 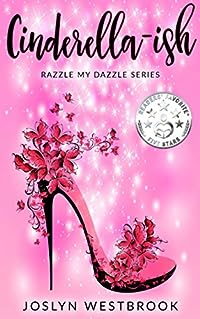 Daniella Belle wants nothing more to do with members of the opposite sex; instead, she’ll focus on what matters most — becoming a lingerie designer. That’s until she’s offered an opportunity of a lifetime by an annoyingly arrogant man who believes he can charm the panties off of every woman he meets.

Antonio Michaels has never had to work hard at anything. Born with a silver spoon in his mouth, he’s been served up a hefty life of entitlement. He’s handsome, charmingly arrogant, and dates a different model every month. When he meets Daniella Belle, a bombshell who seems unfazed by his mere existence, he finds himself captivated by her looks, her unrelenting potty mouth, and the fact he can’t stop thinking about her.

Will Antonio have to work hard to make Daniella believe he’s the man destined to sweep her off of her feet? Or will Daniella’s bad luck with men make her continue to doubt fairytale romances truly exist?

Set in Los Angeles, California and Milan, Italy, Cinderella-ish is the first book in the Chick Lit series of stories-Razzle My Dazzle-romantic tales with a splash of glitz. 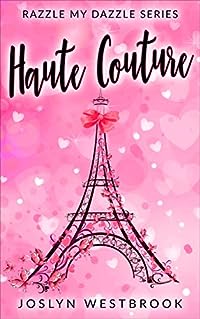 Lauren Blake, fashionista extraordinaire, has what almost every woman wants: Glamour. Fortune. Prestige. Plus a new driver who she finds terribly annoying, despite his good looks. As the creator of the popular clothing line she’s worked years to build, Lauren’s got no time for love. Unless, of course, she’s able to capture the eye of the — OMG He’s So Hot — neighbor who just moved in across the way.

Jaxson Malone’s celebrity-like world came crashing down the moment he was dumped in front of millions on a popular American TV reality show. Desperate to escape the humiliation, he heads to France where he takes over his grandfather’s limousine business — and meets a stunning woman who is everything he never dreamed of falling in love with. The only problem is… she’s got her eyes on someone else.

Set in Paris, France, Haute Couture, is the second book in the Razzle My Dazzle series of romantic tales with a splash of glitz. 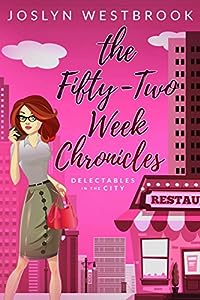 WHAT HAS THE POWER TO CONQUER HATE: LOVE OR FOOD? OR PERHAPS A LOVE FOR FOOD?

When Penelope Monroe loses her dream job as a food critic, she launches a weekly Food Blog – The Fifty Two Week Chronicles – promising to post restaurant reviews to keep fans entertained. Her best friend begs her to work as a restaurant consultant for a client hired by his PR Firm, and Penelope agrees, unaware of who the client is.

Jonathan Knight is still steaming from the poor review received from a renowned food critic that destroyed the image and reputation of his 5 star-rated restaurant. He seeks help from a restaurant consultant, not knowing the feisty (and extremely attractive) woman hired to help rebuild his reputation is the same woman who destroyed it.

Penelope and Jonathan quickly develop a spicy connection that is sure to take them on a very heated culinary dash toward success and a chance at love. But will Penelope be able to keep her true identity hidden from Jonathan?

Set in New York, The Fifty-Two Week Chronicles is the first book in a Chick Lit / Romantic Comedy series of novels – Delectables in the City; a tasteful mix of food and passion in every city.