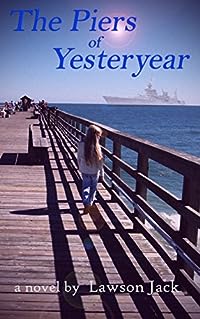 The Piers of Yesteryear: A Novel
by Lawson Jack

Originally titled: “The Pier: A Novel about the U.S.S. Indianapolis” – first published, August 2013

Welcome to the Laurie, an eight-hundred foot reach of majestic planking dominated by blue-green waters and salt-sweet air, a landmark nestled infinitely along the coastal hamlet of Ormond by the Sea. Here, the day’s are long and bountiful, a fisherman’s paradise – and a child’s playground for the imagination. Here, one can escape…
After surviving the sinking of the USS Indianapolis, injured Master Diver Johnny Fitz returns to his Florida home on the water and accepts a job as caretaker of the town’s ocean pier – where, despite his trauma and rage, the Navy man will come to terms with his ordeal, never blaming the Pacific or the predators that tormented him and his shipmate five long days of desertion. Once healed, Johnny will make a life for his family and find passion again for the sea.

Having courted the love of his life aboard the hospital ship Tranquility, nurse Lorita May, who despite being deathly frightened of water, will give her heart to him and welcome the unexpected triumph of motherhood – a son, who’s love for the ocean soon mimics that of his old man. Driven by the sheer fortitude of a near-crippled father, young Jackie will grow to honor his dad’s sacrifices, and one day make his namesake legendary.

Set forth by the compelling story of World War II’s most epic tragedy at sea, we’ll follow the Fitzgerald’s through three decades – spanning the close of WWII, to the country’s bicentennial year – and embrace Johnny’s ultimate reconciliation upon the waters, once again at the mercy of the predators of the deep.

Make a point to stop by and meet the town’s favorite plankman. Rent a pole, take in the sights, and cast a line – the fish are always biting. You may even reel in the catch of the day, or form a likely friendship for the ages. Here, on the Laurie… 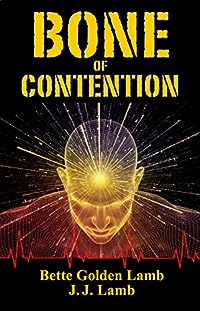 The FOURTH action-packed medical thriller in The Gina Mazzio Series.
WOMEN BEWARE — THIS HOSPITAL’S HAZARDOUS TO YOUR HEALTH!
After a particularly hair-raising travel assignment, RN Gina Mazzio is back at Ridgewood Hospital, settling down in the outpatient Ob/Gyn department when there is a run of unexpected patient deaths.
First a vibrant young woman suddenly dies of sepsis after a minor procedure. And two days later, it happens again. Murder? An inside job?
No one else thinks so.
The only good news: Harry Lucke, Gina’s fiancé takes an on-call job in the ICU unit. So now she has double eyes and double ears.
The bad news: Her beloved brother Vinnie is so depressed and suicidal he’s received a medical discharge from a tour of duty in Afghanistan and he needs all the help he can get.
Even worse: Gina’s ex-husband, Dominick, whom she sent to prison for trying to kill her, is out and on his way to San Francisco. She’s now the target of not only a murderous hospital fanatic, but her ex-husband, as well. Both are closing in fast, making this book a truly action-packed medical thriller!
For fans of hard-boiled medical crime and suspense, as well as lovers of strong women sleuths, hospital mysteries, and all medical fiction, especially fans of Tess Gerritsen, Carolyn McCray, Eileen Dreyer, Lisa Genova and Robin Cook. It will delight devotees of Patricia Cornwell and Kathy Reichs as well! 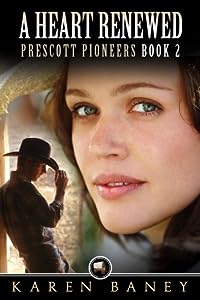 Christian Historical Romance set in the Arizona Territory in 1863.

Julia Colter struggles to accept life under her controlling brother’s greed. The suitors he selects would benefit him, but are far from the ideal husband for her. When her rebellion against her brother puts her life at risk, she turns to her friend for help.

Adam Larson longs to train horses and plans to head west to the Arizona Territory to see his dreams fulfilled. When his sister’s best friend shows up in the middle of the night, he agrees to help her flee. The decision changes his life, in more ways than he expected.

Can Julia forget the pain from her past and open her heart to love? 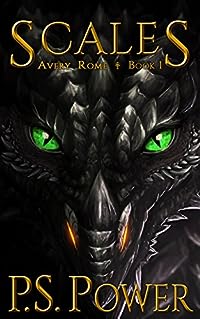 Hold on, because help is coming…
After murdering six people, Avery Rome was sent off to learn the ways of the Chosen. Twin souled Shapeshifters that each have a wonderful gift, the ability to become an animal at will. Unlike the curse that Avery has, becoming a Death Serpent. The vilest of all things, according to her old clan.
A Dragon.
Cast into the world, she must make her way as best she can. Protecting those around her. From herself. After finding a wonderful gift, that of Line Walking, she seeks to aid those who have taken her in, just as the Humans attack, for unknown reasons.
Now it is up to one girl to find those who would kill innocents, before they are forgotten by a world cast into a war they cannot afford. 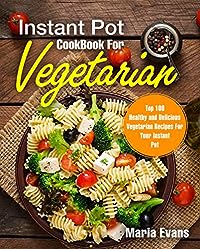 Vegetarianism is the best way to purge the body of all the accumulated toxins that’ve been piling up over the course of years and decades. By eating only our humble plant friends, we starve the bacteria, fungi and all sorts of baddies skulking inside the body and strengthen our immune system to finally get rid of them. It takes a little bit of persistence to reboot the body’s internal self-cleaning systems but once that happens the benefits become obvious: smaller waist size, lower blood sugar, lower blood pressure and so, so much more. There is no such pill or surgery that cleanses the body the same way a rutabaga or radish can.

Becoming a vegetarian is a great idea and with Instant Pot it becomes a sublime cooking experience that makes the mouth water and the heart dance with joy. There is a whole universe of delicious and nutritious vegetarian dishes out there and they’ve just become possible because now we’re cooking with Instant Pot!

In this ebook you can find:

• The earliest record of vegetarianism

• Comparison of vegetarian and semi-vegetarian diets

• What is Instant Pot?

• How long does it take for instant pot to come to pressure?