The View From Here

Since I have been sentenced to the couch by my weak little body, but not completely out of it with the flu, I have noticed a few pretty awesome things. Junebug is exactly what my grumpy fluffy cat Sinny, and my old man dog Jethro needed. Sinny is currently laying on his bench, just out of reach of Junebug watching her attack her stuffed squirrel with a ferocity I have never seen before, and Jethro is standing directly over her watching her every move. A couple of times he even batted the toy a bit when it was thrown in his direction. Once in a while Junebug will tear herself away from the toy and nip at Sinny’s paws, but he bats her away with ease, and never all that hard. I can see his little cheeks puffing up in a playful way. The two old men keep an eye on her and I really think they enjoy watching her play. Both of them have a much perkier skip in their step since she got here. She is still a pain in the butt, but worth it. 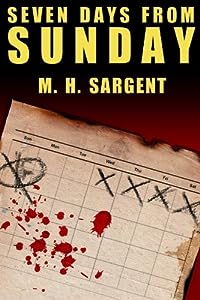 A Thriller Set In The Midst Of Jihad

In this fast paced page turner, Iraq’s top terrorist makes two promises “” a kidnapped American contractor will be executed on a given date, his body dumped in Baghdad’s Green Zone and a major attack will occur in seven days.

The Elite Mp-5 Team Is Called Into Action

Working desperately to find the American and thwart the impending attack is a four-person CIA team which includes an attractive female doctor. But they can only watch helplessly as the terrorist and his masked henchmen behead the American during a live video feed carried on the Internet.

What they don’t know is that one of the masked men is not a terrorist, but completely innocent. He is an Iraqi pharmacist who has infiltrated the group. His only objective “” to find his missing fiancée, whom the terrorist has also kidnapped.

Action and Intrigue In Wartime Iraq

After the beheading, he is free to go. But little does he know that his fiancée will bring the deceased American’s head to the Green Zone, and inside the dead man’s mouth is evidence linking him to the terrorist. 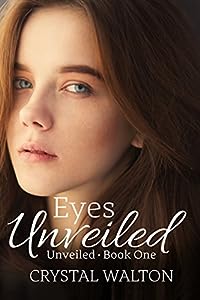 If there’s one thing she’s learned to be good at, it’s keeping walls around her heart. Until she sees herself through his eyes.

Twenty-one-year-old Emma Matthews lost the song inside her the same night she lost her dad. With an unfulfilled promise to make something of her life, the pressure of taking care of her mom, and an ultimatum threatening her junior year of college, maybe it’s better that way. You can’t hurt if you can’t feel.

But when the reflection she sees in musician Riley Preston’s eyes borders dangerously close to the one she’s spent the last five years searching for, Emma wrestles to guard her heart from its fiercest desire.

Terrified of what she’s experiencing, and even more afraid of what she might lose, Emma grapples for the courage to hold on to one dream without abandoning the promise of another.

A sweet coming of age story for anyone who’s ever struggled to find where you belong. 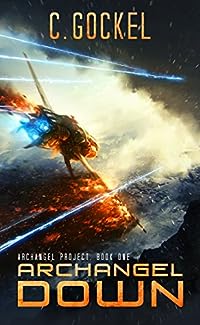 A military officer from the colonies and a civilian from Old Earth, they couldn’t have less in common. But they have to work together to save the lives of millions — and their own.
Every step of the way they are haunted by the final words of a secret transmission: 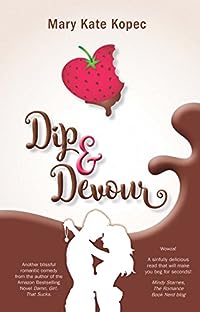 He knows better…
Hard working, crime busting, undercover FBI guy Jake Davidson has been burnt by love before. No way is he falling for a suspect, again! No matter how much Wham! she has.

She’s learned her lesson…
Over achieving, exhibit blazing, museum curator Kia Everet has played the love game and paid the price. No way is she falling for a co-worker’s charms, again! No matter how delectably sexy he is.

But chocolate covered temptation can be tough to resist…
If only Jake would stop fondling her hair, feeding her chocolate, devouring her with his Caribbean blue eyes, and leaving her stunned speechless with kisses that knock her summer sandals right off! If only Kia didn’t keep hitting him with her firecracker wit, shoulder-baring nibble-tempting sundresses, and legs that just won’t stop. They’ve got it bad for each other, and they’re ready to give in. If only it weren’t for a missing locket.

Jake’s a chocolate charmer, and Kia’s decadence in a sundress. Too bad she doesn’t date the help, and worse that he’s here to catch her in the act. But it won’t be easy denying all that heat, chemistry, and desire. The food’s too good. The timing’s just right. And with a little loving push from a grandmother who’s a miracle in the kitchen…
Love never tasted so good! 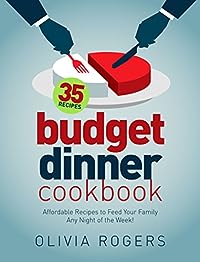 Budget Dinner Cookbook (2nd Edition): 35 Affordable Recipes to Feed Your Family Any Night of the Week!
by Olivia Rogers

Always have an affordable dinner recipe ready to cook for your family (that they will actually love to eat)!

What if you could have a stack of affordable dinner recipes in your hands, so you can purchase all your ingredients in one go at the supermarket?

Imagine your family absolutely loving a dinner that you conveniently cooked, while you’re also saving money!

Multi-time best selling cooking author and influencer, Olivia Rogers, shares with you her most popular budget family dinner recipes in this great book. With well over a million readers and subscribers to her blog who provide plenty of feedback, Olivia has compiled the most affordable and tastiest meals that are both quick and easy to cook.

Do you struggle to stay on budget when going to the supermarket or planning out meals?
Do you wish your family would enjoy the dinners you make (which are also quick & easy to cook)?
Or if the idea of having “go-to” family dinner recipes that are different for every night of an entire month sounds appealing to you…

• Images included with all recipes, so you know what the meal will look like and approximately how many people it will serve.

• An entire collection of healthy family dinners that taste great, are affordable, and are quick to make.

• Comprehensive step-by-step instructions for each recipe, including all the ingredients you will need, so that anyone can follow along and cook (even beginners).