Why on Earth am I being asked what my New Years Resolution is? I like they way they ask me what “it” is, not what “they” are. If I ever did a New Years resolution it certainly wouldn’t be more than one. I don’t need a New Year to start a resolution anyway, that’s what Mondays are for. Also those times I ate too much cake right before bed and woke up feeling like I was hit by a truck. Nope, no New Years Resolutions for me this year. I actually try to eat well, exercise, be good, and whatever else is expected of me. Can we go back in time, find the person who came up with the idea to make New Years Resolutions , and kick that person? A Good swift kick to the tushy! 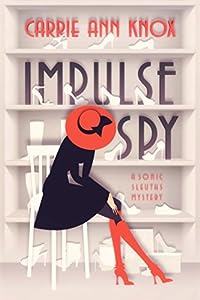 Hear the truth if you listen closely enough.
Quinn is quiet, studious, and likes everything just so. Until she meets mysterious stranger Sloan McKenzie, private investigator and man-dazzler extraordinaire, that is. And she wants Quinn’s help.

Turns out a little espionage may be just what Quinn needs. But when a target of their surveillance turns up dead, and Quinn realizes she may have unwittingly played a role, she may be forced to put her future career–or her life–on the line to uncover the truth and keep other innocent bystanders from harm.

With a colorful cast of characters, this unique take on private investigator-meets-cozy mystery will take you on an adventure you won’t soon forget! 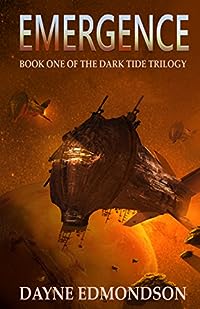 The galaxy is a dangerous place

It’s about to become even more dangerous

For millennia, the Krai’kesh waited. They plotted. And now they are ready to strike. Now they emerge.

The worlds of the Milky Way galaxy enjoy a tenuous peace, unaware and ill prepared for the threat building beyond the furthest reaches of humanity. The star federation of Tar Ebon stands as a shining light of justice and mercy in a harsh galaxy, and they will be the first to suffer the fury of the Krai’kesh.

Commanding a fleet at the far end of the galaxy, veteran navy captain Martin Rigsby has risen through the ranks by sheer grit and determination, defending Tar Ebon from brutal pirates, the Empire and more.

And when the onslaught comes, Martin and his fleet may be Tar Ebon’s last hope for freedom.

Elsewhere, Federation Marine Derek Jamison finds himself in a warzone when a routine training exercise turns into a fight for survival for him and his squad.

Federation pilot Selene Artois, assigned to Captain Rigsby’s fleet, fights the new threat with everything she has.

Kimberly Hague, a rookie intelligence operative, finds herself under assault by traitors within the Federation and must use every trick in her arsenal to survive. 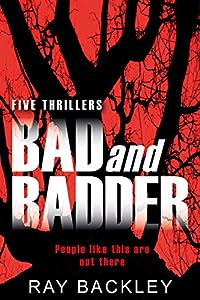 Bad and Badder
by Ray Backley

Five contemporary thrillers to have you bolted to the edge of your seat.
The theme linking all of these visceral stories is bad people – their motivations, their victims, how they get their comeuppance, and how – just sometimes – they don’t.
In ‘A.B.C.’, a liaison between Shannon and Tyson is not quite what it seems. It all just has to go horribly wrong for one of them. But which one?
‘Desert Rat’ tells the story of Danny Freemont’s final business trip – his last chance to ‘see a little of the real country’. It quickly descends into a dry-throat nightmare where hope is in short supply.
In ‘Juked’, Neeta Shah’s healthy cycle trip takes a decidedly unhealthy turn, resulting in a cat and mouse battle of wits along the Pacific Highway.
‘Jack Slave’ is a tale of a bully who simply won’t seem to go away, and the drastic action that just has to be taken.
The final tale, ‘Crowe Ridge’, tells the story of how a person’s tainted history can come back to haunt them in the cruellest of ways.
And remember, people like this are out there.
Each story is between 40 and 50 pages long, and the collection is fully hyperlinked and bookmarked, with a short author’s afterword following each story. 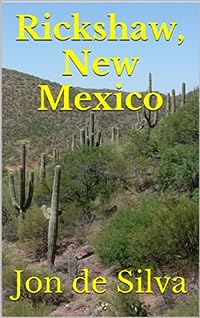 George Foster, a down and out Las Vegas private investigator in 2011, took a routine late night stakeout assignment that changed his life forever. Things went terribly wrong when an affair turned into a double murder, with George as the number one suspect.

Somehow, George went from present day Las Vegas, Nevada to a one-street town named Rickshaw in the New Mexico Territory, a place with problems of its own. With no idea how he got there, George must adapt, survive, and find his way home. 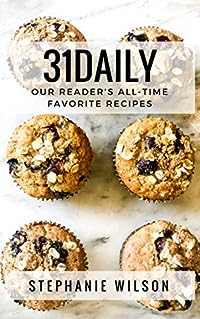 Life is busy. Sometimes hectic. In those times, we tend to want the bottom line. The best of the best. The tried and the true.

This cookbook is that. Simply put… the best of our best recipes at 31Daily.com.

Chosen as favorites by our amazing readers.

With almost a thousand posts, mostly recipes, 31Daily.com readers often ask which recipes are the “best of the best?”

This cookbook is filled with the highest rated, most viewed and requested recipes we’ve posted so far.

My family lives in a diverse, multi-cultural community. When we first moved into our new home, I’ll never forget those first evening strolls. The tree-lined streets were narrow, the homes close together. The community… close. Walking those sidewalks at night was like a smorgasbord of cultural foods from every corner of the world.

The pages of this book and the posts at 31daily.com reflect the lives that have and are intertwining with ours. Creating an exciting life journey with so many delicious twists and turns.

Welcome to our home… through the kitchen door.

Thank you, readers, for an amazing year and choosing which recipes would make our first ever cookbook!