Fans of Science Fiction and world building are sure to enjoy this exciting collection by author William C. Tracy. With plenty of fast paced action these are adventures you wont want to miss. Enjoy! 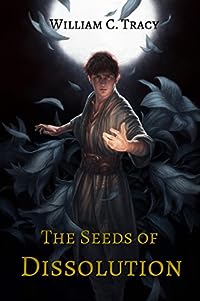 On a bright August day, the sun disappears.

Sam van Oen barely escapes freezing to death in his house, as his watch stops and fire ceases to burn. He is pulled into the Nether — a nexus between ten alien cultures — where he meets Rilan and Origon, two maji who can control the musical foundation of the universe. While coping with anxiety attacks prompted by his new surroundings, Sam must learn to hear and change the Symphony, and thus reality, in order to discover what happened to his home.

But more freezing voids like the one that started his journey are appearing, and Sam’s chances of getting back are fading. The Assembly of Species is threatening to dissolve and the maji are being attacked by those they protect, while rumors grow of an ancient, shape-changing species of assassins, returning to wage war.

The Dissolution is coming 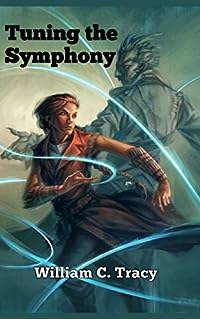 Change one note and the universe changes with the Symphony.

One apprentice will become a full majus today. The other will wait months for another suitable challenger. Rilan Ayama is skilled in using her song to change the Grand Symphony of the universe, but her opponent, Vethis, is crafty, and not above a little simple bribery. Though Rilan is counting on the support of her closest friend Origon, he remains absent. She has only a cryptic note saying important matters of his family take precedence, and he needs her help. The mystery pulls Rilan’s attention away from the most important test of her life.

Maji create portals between the far flung planets of the Great Assembly of Species, but many places still remain out of easy reach. A search for Origon’s brother leads Rilan and her friend across the wilds of one of the ten homeworlds. There, Rilan’s fledgling skills are pushed to their limits as they investigate a secret that could bring down all six houses of the maji. 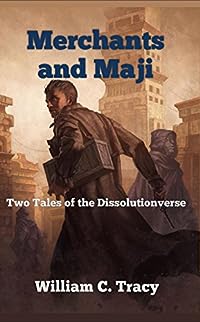 Merchants and Maji: Two Tales of the Dissolutionverse
by William C. Tracy

Last Delivery
Prot, Amra, and crew sell goods across the ten homeworlds in a refitted war transport, saving up to buy a shop. But after fees to travel between worlds, their profits always fall short. Their newest customers are the xenophobic Sureriaj. But when a protest over offworlder trading shuts down all business, the crew’s only hope is to leave the planet delivering emergency medical supplies. The contract is for too much money, the seller is using a false name, and the cargo is magically sealed. Nothing could go wrong.

The First Majus in Space
The ten species are in awe of the first space capsule. But when the majus piloting it is assassinated, Origon Cyrysi is the only one able to complete the mission. Too late, he finds the spacecraft may cost him his abilities. And even if Origon returns from space, the escaped assassin might still trigger an interstellar war. Either way, the fuel is burning.