Although Jethro is starting to accept little Junebug as part of the family, I think his relationship with the ladies will always be a special one that just will never compare. He watches over them in the yard like a sheep dog and his flock, and sometimes I think they are watching over him. This morning I found Jackie hanging out close to him. I haven’t put him outside yet because I though it was a bit cold. This hasn’t seemed to stop Jackie from saying hello. 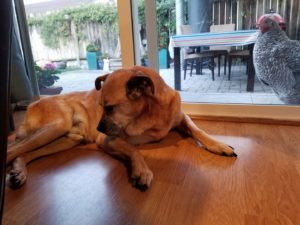 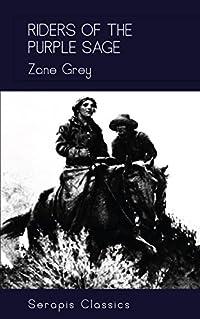 Riders of the Purple Sage (Serapis Classics)
by Zane Grey

Riders of the Purple Sage is a Western novel by Zane Grey, first published by Harper & Brothers in 1912. Considered by many critics to have played a significant role in shaping the formula of the popular Western genre, the novel has been called “the most popular western novel of all time.”

Riders of the Purple Sage tells the story of Jane Withersteen and her battle to overcome persecution by members of her polygamous Mormon fundamentalist church. A leader of the church, Elder Tull, wants to marry her. Withersteen gets help from a number of friends, including Bern Venters and Lassiter, a famous gunman and killer of Mormons. Throughout most of the novel she struggles with her “blindness” to the evil nature of her church and its leaders, and tries to keep Venters and Lassiter from killing the adversaries who are slowly ruining her. When she adopts a child, Fay, she abandons her beliefs and discovers her true love. A second plot strand tells of Venters and his escape to the wilderness with a girl named Bess, “the rustler’s girl,” whom he has accidentally shot. Venters falls in love with the girl while caring for her. Together they escape to the East, while Lassiter, Fay, and Jane, pursued by both Mormons and rustlers, escape into a paradise-like valley and topple a giant rock to forever close off the only way in or out. 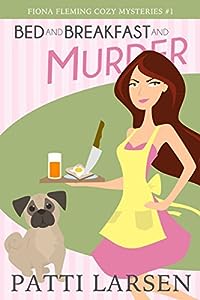 Fiona Fleming is in so much trouble. Her recently inheritedbed and breakfast might not actually be hers thanks to the underhandedmisdealings of the local real estate bully. Despite her grandmother’s last willand testament, Fee might me out of luck and on the street before she even getssettled. But when her new enemy floats belly up in her koi pond, she’s theprime suspect in his murder! Can she uncover who the real killer is before the smokinghot new sheriff puts her behind bars instead of asking her out on a date?

Dive into book one of the Fiona Fleming Cozy Mysteries, anddon’t miss the exciting sequels! 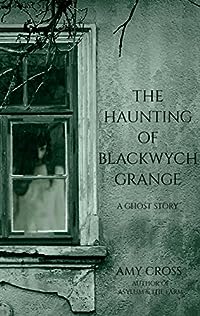 Some houses should be left alone and abandoned forever…
For many years now, Blackwych Grange has been left locked and abandoned. But when a paranormal researcher gains permission to enter the house and monitor for ghosts, a dark presence begins to stir. 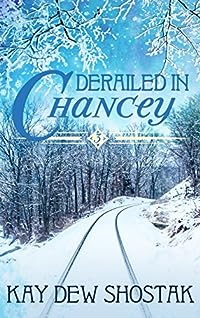 Carolina’s in-law’s marriage didn’t survive the holidays visiting in her and Jackson’s new home in Chancey, Georgia. Now both families have left, but she’s not sure how much longer she’ll still be in the small town. She knew moving teenagers from the Atlanta suburbs to a small Georgia mountain town last year was a horrible idea. She knew opening a B&B for railfans was an even worse plan. What she didn’t know, was that her marriage might not survive what was beginning to feel like an honest to goodness train wreck.

Oncoming headlights aren’t only aimed at her family, the town of Chancey is being set up for a collision that could change everything. And as that unfolds, Carolina’s husband Jackson is smack dab in the middle of it all, his hand on the throttle, going full steam ahead.

Drama unfolds on the high school stage, but it can’t match the drama happening right in Chancey when everything is suddenly on the line. Yet even in the midst of change and heartache, a small town must keep it’s sense of humor, and you can count on Chancey to be able to laugh at itself! 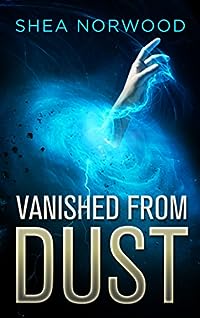 Vanished from Dust: (Book One)
by Shea Norwood

A chill runs through his skin as the phantom appears.

He sees them everywhere…

Eric Stark is not insane. Or at least he doesn’t think so. He wishes everyone in Dust, Texas, felt the same way. But that’s not going to happen since the whole town thinks he’s crazy. Why didn’t he keep his mouth shut?

No one understands. Eric is alone as he battles his sanity in a town of tormenters. Suddenly a new friendship emerges after the new kid, Kyle Barrett, moves to town. Eric reluctantly reveals his secret. Is it a curse or a gift? He isn’t certain, but with Kyle by his side he finds the courage to seek the truth.

They soon realize that something sinister is descending on the residents of Dust. Is it caused by Eric’s phantoms or is it something else? Is it connected to the mysterious death of hundreds of townspeople over sixty years ago? One thing is certain — only Eric and Kyle can save them.

They set out on a heart-pounding adventure and find themselves transported to a disturbed and deserted version of their small southern town. They quickly discover that this new world has mysteries of its own to uncover. What they find could prove more than they bargained for, and it only leads to more questions. Eric and Kyle must face a horrifying fact — they may never get out alive.

Will they survive their encounter with these dark and mysterious beings?
Will they find a way back home?

Or will they be lost forever?