I’m so disappointed. I was looking forward to seeing one of Junebugs sisters at the dog training class I was going to last night. I must have heard something wrong, because there wasn’t a class that night and that pup had finished classes last week. Disappointed I went back home and settled on the couch with my sweet little Junee to watch some TV. Second mistake I made that night. Since I though I was going to a training class, I didn’t give Junee any run around time to get her beans out. Every night around 7 or 7:30 she has a witching hour, and if she hasn’t been tired out before that, it can get pretty sharp and painful for whoever is closest, and that is usually me. Last night was extra crazy. It starts with a loud squeak, followed by a few death rolls in each direction. Then she turns into a rabid gremlin and attacks anything within 5 feet., which is usually my feet and my face. After about ten minutes of chaos, she returns to being a cute angel and settles in for the night. I am always left bloody and sweaty. But I can’t be mad. She is sooo cute! 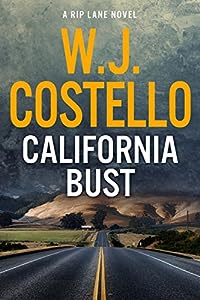 Former U.S. marshal Rip Lane is called out of retirement to hunt down gunmen who killed two marshals and stole a spying device. One of the murdered marshals is Rip’s cousin. When Rip infiltrates an outlaw motorcycle club he descends into an underworld of criminal psychopaths where he stops at nothing to avenge the death of his cousin. 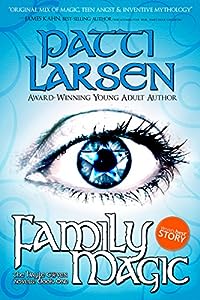 Her mom’s a witch.
Her dad’s a demon.
And she just wants to be ordinary.

I batted at the curl of smoke drifting off the tip of my candle and tried not to sneeze. My heavy velvet cloak fell in oppressive, suffocating folds in the closed space of the ceremony chamber, the cowl trapping the annoying bits of puff I missed. I hated the way my eyes burned and teared, an almost constant distraction. Not that I didn’t welcome the distraction, to be honest. Anything to take my mind from what went on around me.

Being part of a demon raising is way less exciting than it sounds.

Sydlynn Hayle’s teen life couldn’t be more complicated. Trying to please her coven is all a fantasy while the adventure of starting over in a new town and fending off a bully cheerleader who hates her are just the beginning of her troubles. What to do when delicious football hero Brad Peters–boyfriend of her cheer nemesis–shows interest? If only the darkly yummy witch, Quaid Moromond, didn’t make it so difficult for her to focus on fitting in with the normal kids despite her paranormal, witchcraft laced home life. Add to that her crazy grandmother’s constant escapes driving her family to the brink and Syd’s between a rock and a coven site. Forced to take on power she doesn’t want to protect a coven who blames her for everything, only she can save her family’s magic.

If her family’s distrust doesn’t destroy her first. 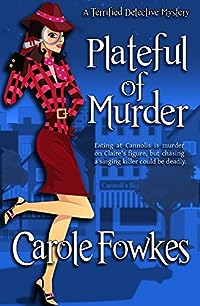 Claire DeNardo is scared of a lot of things. Ordinary objects like roller coasters and men’s hairpieces make her knees knock loud enough to be a band’s rhythm section. Unfortunately, the only job Claire can find is working for her Uncle Gino in his seedy detective agency. Until now, her cases have all be middle-aged men with trophy wives who needed watching. But when Gino retires and leaves her in charge, Claire gets swept up in a murder case despite her fears. Both the client who hired her and the handsome police detective want her off the case. When the wrong person is charged, it’s up to the terrified detective to summon all the courage she can to find the true killer. 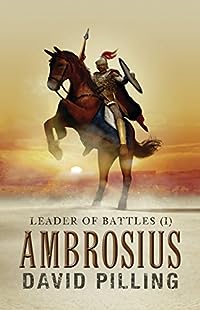 Historical action adventure in the style of Bernard Cornwell and Rosemary Sutcliffe, the Leader of Battles series breathes new life into Arthurian legend…

“My father was a warrior. He bade me fight… ”

Britain, 427 AD. Rome has abandoned the province, leaving it exposed to waves of barbarian invasions. To the west, savage pirates from Hibernia ravage the coastline. In the north, the crumbling defences of the Wall cannot contain marauding bands of Picts as they sweep down from the highlands. Worst of all are the Saxons, the dreaded sea-wolves. Under their chiefs, Hengist and Horsa, they wish to drive out the native Britons and claim the entire island for their own.

Attacked from all sides, the Britons find a champion in the form of Ambrosius Aurelianus, the last of the Romans. A modest man, riddled with doubts and fears, Ambrosius reluctantly takes on the mantle of Dux Bellorum, Leader of Battles. Placed in command of Britain’s only standing army, he fights to preserve the dwindling light of civilisation while the treacherous High King, Vortigern, plots his destruction.

Set before the coming of Arthur, the first book of the Leader of Battles trilogy charts the rise and fall of post-Roman Britain’s first great hero, and his desperate struggle to hold back the shadows threatening to engulf his country. 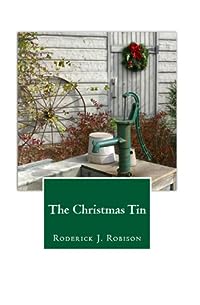 The Christmas Tin (A Holiday Novel)
by Roderick J. Robison

Jesse Maclean is concerned that the commercialism of the holidays has distracted his daughter from the real reason why Christmas is celebrated. He determines to tell his daughter a Christmas story. One that conveys the true meaning of the holiday. And he knows just the story. The year is 1968 and Jesse’s father is serving a tour in Vietnam. Jesse and his mother are struggling to make ends meet. He gives little thought to the approaching holidays. That changes however, when he is befriended by Ardella Calder, an elderly customer on his paper route. During a visit, the woman shows Jesse her Christmas Tin. Inside it are gifts from her most memorable Christmases. As she tells Jesse the stories behind the gifts, he slowly comes around. But just when things are looking up, the Macleans receive a telegram with dire news about Jesse’s father. It is during this time that Ardella tells Jesse a final story, a poignant, war time holiday story. A story to guide Jesse through his grief and show him that sometimes faith and hope can bring light to even the darkest of places.