All Options Have Run Out

Grab your copy of Free Fall by author John Parrish today and join Sheriff McKenna, and an amazing cast of characters, on this incredible ride as they fight against all odds and deliver pulse-pounding action. 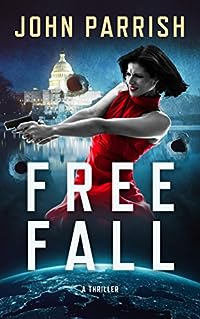 The terrorist planned for everything, except for one small town sheriff, Mathew McKenna.

While visiting his niece sheriff McKenna suddenly finds himself in the middle of the worst terrorist attack in history.

McKenna will need all his strength, and everything that he is, to save the lives of those around him. If he fails, then millions of people will die.

Washington is in crises. What can they do? Should they implement the Twenty-Fifth Amendment of the Constitution of the United States making the Vice President the Acting President?

Liberty, the first orbital city, is having its 10 year anniversary party! The President of the United States and his family will be attending. Everyone will be there.

Washington watches in horror as the terrorist attack unfolds. All options have run out for Washington. Now they wait and watch. All hopes rest on sheriff McKenna. He is all they have left.

Can sheriff Mathew McKenna lead a small group of survivors that includes his niece, the First Lady of the United States (who did a tour of combat duty… as a Navy SEAL), and save the city? Or will they all die, along with millions of other innocent lives?