Battle of Wills & Clash of Hearts

Romance is the name of the game with this wonderful collection by Victoria Hart. Get cozy and settle in because these romances will grab you from page one and you will not want to leave until the very end. Enjoy! 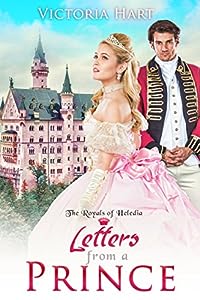 Letters from a Prince: The Royals of Heledia (Book 1)
by Victoria Hart

What happens when a regular girl catches the eye of a prince?

It didn’t start that way. In the beginning, they were just friends. Pen pals, really. But over time, things began to change. Prince Nikolas is all grown up, and must ultimately take his place on the world’s stage.

Isabel is a typical American girl, shy but independent, growing up in Washington, DC. Her problems are more about walking without tripping, talking without embarrassing herself, and getting into college.

Oh, and she just might be in love with a prince!

Now she will have to decide what comes first – her heart, or the needs of a nation? Follow Nik and Isabel on their adventure in the beautiful Mediterranean country of Heledia, as they embark on a journey to discover each other, and what fate has in store for them. 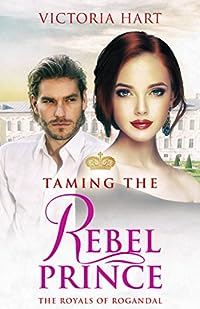 Taming the Rebel Prince: The Royals of Rogandal
by Victoria Hart
Genre: Romance

The tabloids love a bad boy, especially when he’s rich, famous, attractive, and unencumbered. Drunken carousing, wasteful destruction, strings of beautiful women? A feast for the public’s imagination. And if he’s waiting out his father’s reign, before taking up the crown himself? Even better.

Eric Gunborg is out of control. A long downward spiral and a string of outrageous scandals, all extensively documented by the media, is close to making him a figure of public ridicule – a notion his father, the king of the small country of Rogandal, is anxious to prevent.

Astrid Willoughby is a British aristocrat with an unusual talent – and an unusual job. When a wealthy monarch feels it’s time for their wild boy to settle down, they call her. In she sweeps with her cool English dignity and her mane of red hair, and before he knows it, the prodigal son is under her thumb.

But Eric is not just the careless, spoiled prince he appears to be, and Astrid is not the frosty, unattainable aristocrat she would like Eric to think she is.

And so begins a battle of wills and a clash of hearts. Can Astrid bring Eric back into the fold, and convince him to stand against his father and his conniving, selfish sister? Can Eric hang on to his birthright, and the woman he loves? 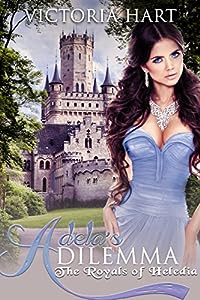 Prince Richard needs a young bride to help him rule over his kingdom of Abrifae. He finds,through an internet job posting, the beautiful young Adela Bagnall from America!

Adela just lost her boat house and most of her possessions. This is nothing new to her as she was in foster homes until college, and then lived off her grants while she got her education. She’d never really had a proper home of her own, or a family. Watching her home sank to the bottom of the river, she realizes that her future is compromised and she will soon run out of money. As she starts looking for work, she stumbles on an add that seems too good to be true, a long term travelling contract in Europe. She decides to take a chance and send in her application. A few days later, she is hired for the mysterious job offer for which she barely knows nothing about. Even so, she decides that is must be better than staying home and being unemployed. Adela embarks on her new adventure and travels to the tiny western European country of Abrifae.

She is anxious to meet her new employer and find out what this new position is all about. She isbcompletely shocked when she realizes that the job is to actually become the Queen of Abrifae and marry Prince Richard. But things are more complicated than that, Adela needs to learn how to become a real princess within a month and marry Richard as soon as possible. As she trains to impersonate a real princess and act as Richard’s fiancée, she meets Edward, Richard’s youngest brother.

Will Adela resist her attraction to Richard’s younger brother Edward? Will she commit herself to Richard and become Queen of Abrifae? 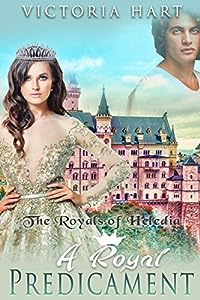 A Royal Predicament: The Royals of Heledia (Book 2)
by Victoria Hart

How can Sonia, the new young Queen Sonia of Heledia, choose between her duties as Queen and following her heart? A clean, sweet royal romance that will touch your heart.

Sonia has just been crowned Queen of Heledia since her brother Nick chose to marry his beloved Isabel and abdicate the throne. The young queen is ready. She has always taken her position seriously, and she tells herself she can handle all these responsibilities and duties. She loves her life as the queen of Heledia, and she knows how important her role is for her people. But once in a while, she would just like to be a regular person and feel normal again without her security and administration checking her every move.

One night, she manages to sneak out without drawing any attention to herself. Just for a moment, she wants to feel like a normal young woman her age. When she meets Antonio, her world is turned upside down. She knows she can’t risk falling in love with him, but the attraction is so strong…

And then, handsome Matteo offers her a solution – marry him instead. But Sonia knows where her heart lies.
Can she betray her people and pursue her love affair with Antonio? Or will she marry Matteo, even though she already knows that a life with him will not be as it seems… 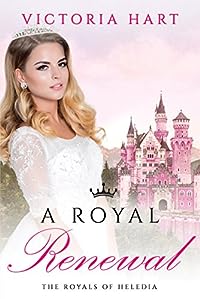 A princess like no other… This sweet, clean, and wholesome royal romance story will make your heart melt and keep you reading from the first to the last page.

Cassandra might be a little introverted, but otherwise, she’s a basic American teenager. Except she’s not actually American, or basic.

Cassandra is the daughter of Isabelle and Nikolas… and niece of Queen Sonia of Heledia. And yes, she is the heir to the throne.

So, when Cassandra graduates from her Washington high school, she doesn’t go to an ivy league college. She boards a plane to Heledia, where she will attend university and learn her role as Princess Casandra.

But it’s not quite what she expected. There is unrest in the country, and a faction of rebels is dedicated to removing the monarchy. It’s a bit of a shock to Cassandra to realize what that means to her personally.

She’s not alone, though. A handsome young man named Carlo befriends her, and she comes to rely on him. Well, that’s until she finds out about his past…

Can Cassandra learn to trust again? Should she give her heart elsewhere? Can she work with Carlo to end the threat to her family, her people and save her own life?