Before I get to rambling on and on about something completely off the subject I wanted to talk about, let me tell you why I am so excited today. I harvested my red onions yesterday and they look AMAZING! I was certain that I had planted them too late and they would never grown. Instead of the expected disappointment I was thrilled with the size of each onion. Right now I have them laying out drying up on the back patio. I have visited them a few hundred time already and took about a gazillion pictures. I went straight to YouTube and watched a few videos on how to harvest onions. I think they just might be my new favorite veggie to grow. I really like the fact that I can store them and use them over winter. Next year I will try a few yellow onions as well as the red again. 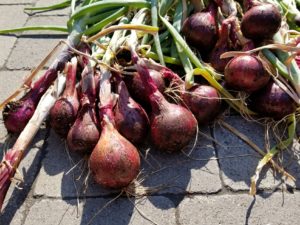 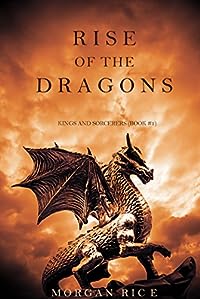 “If you thought that there was no reason left for living after the end of the Sorcerer’s Ring series, you were wrong. In RISE OF THE DRAGONS Morgan Rice has come up with what promises to be another brilliant series, immersing us in a fantasy of trolls and dragons, of valor, honor, courage, magic and faith in your destiny.

Kyra, 15, dreams of becoming a famed warrior, like her father, even though she is the only girl in a fort of boys. As she struggles to understand her special skills, her mysterious inner power, she realizes she is different than the others. But a secret is being kept from her about her birth and the prophecy surrounding her, leaving her to wonder who she really is.

When Kyra comes of age and the local lord comes to take her away, her father wants to wed her off to save her. Kyra, though, refuses, and she journeys out on her own, into a dangerous wood, where she encounters a wounded dragon — and ignites a series of events that will change the kingdom forever.

15 year old Alec, meanwhile, sacrifices for his brother, taking his place in the draft, and is carted off to The Flames, a wall of flames a hundred feet high that wards off the army of Trolls to the east. On the far side of the kingdom, Merk, a mercenary striving to leave behind his dark past, quests through the wood to become a Watcher of the Towers and help guard the Sword of Fire, the magical source of the kingdom’s power. But the Trolls want the Sword, too — and they prepare for a massive invasion that could destroy the kingdoms forever.

With its strong atmosphere and complex characters, RISE OF THE DRAGONS is a sweeping saga of knights and warriors, of kings and lords, of honor and valor, of magic, destiny, monsters and dragons. It is a story of love and broken hearts, of deception, of ambition and betrayal. It is fantasy at its finest, inviting us into a world that will live with us forever, one that will appeal to all ages and genders. 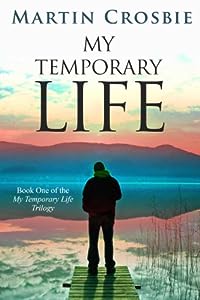 Malcolm Wilson learns that everything is always temporary. Growing up, he’s raised by a promiscuous mother who can’t stay out of trouble, his best friend is a thirteen-year-old alcoholic, and the masters at his tough Scottish school are always raising their canes in his direction. When he becomes an adult, he escapes, and chooses the safe route, watching the world from a distance. Everything changes the day he meets the beautiful, alluring, green-eyed Heather, and when he learns of Heather’s own abusive childhood and the horrific secret she’s been carrying, Malcolm decides to help her. And, this time he’s not backing down, whatever the cost.
The first book of the “My Temporary Life” Trilogy tells a story of love, friendship, and what it truly means to be a hero. A top-ten overall Amazon best seller, this grand, sweeping story has been enjoyed by readers all over the world.

Be sure to check out Martin’s other books-“My Name Is Hardly”, “Lies I Never Told-A Collection of Short Stories”, “How I Sold 30,000 eBooks on Amazon’s Kindle-An Easy-To-Follow Self-Publishing Guidebook”, and “Believing Again: A Tale Of Two Christmases”.

Ben is supposed to be in school. It’s Monday morning but his parents are still asleep after a night of heavy drinking. Ben waits patiently, even though he knows he is missing out on today’s field trip to the zoo. But, when his black Labrador suddenly runs upstairs and comes down with a finger in his mouth, Ben knows he’s not making it to school today at all.

Detective Jack Ryder is chaperoning his kids’ field trip when he gets the call from the head of the Cocoa Beach Police Department. A body has been found and they need his help. Soon, Jack finds himself up against a killer, a predator who ruthlessly chases women and kills them so they can never leave him. The case soon causes serious consequences for him and his family once the truth is revealed. 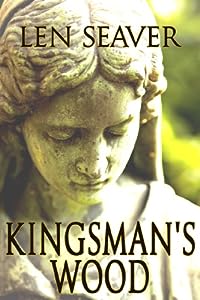 Harold Covington is the wealthy and proud master of Kingsman’s Wood, a fifteen-hundred acre plantation in the fertile red hills of antebellum Florida. How and why Harold became wealthy are secrets that he ruthlessly guards at the expense of all else.

To all things there is a cost, and the cost to maintain these secrets has driven Harold’s wife, Mariah, to madness. Now these secrets are forcing his illegitimate son, Jessup, to question his own memories and pushing his grown daughter, Elizabeth, to find the truth in order to save them all. 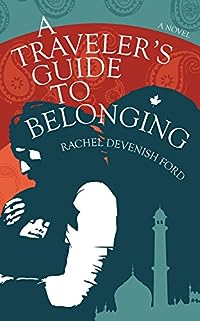 A Traveler’s Guide to Belonging
by Rachel Devenish Ford

Timothy keeps getting rice in his baby’s hair.

India is overwhelming even if you aren’t 24 years old and a newly widowed father, and Timothy isn’t sure that he or his son will survive without a mother in the picture. He begins a journey through India with his baby, searching for a home in the new landscape of fatherhood, and a way back into life.

A Traveler’s Guide to Belonging is a literary novel rich with emotion and description. If you like Anne Lamott, Barbara Kingsolver, or Ann Patchett, you’ll love the book that one reader called, “Part travelogue, part spiritual journey, and part gentle romance.”

Buy the book to be transported to the stunning vistas and winding train tracks of India today.