So Many Pens & Free Kindle Books

School supplies have hit the stores! I love those little pens and stacks of paper. I just like seeing them in nice little piles and entire aisles dedicated to tape and highlighters. I stroll through each section looking at all the different types of crayons and colored pencils. There is just something so satisfying about it. Today will be my second trip this week. 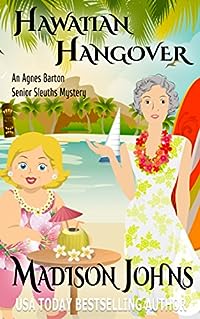 Agnes and Eleanor land in Hawaii for a trip of a lifetime thanks to a lottery windfall!

They plan a host of activities and Agnes even goes along on a snorkeling adventure, even if she’s only going to sun herself on the beach. All doesn’t go according to plans though when she finds a floater wearing scuba gear. Now they have to deal with grieving honeymooners who promptly inform Agnes that it’s their guide.

Now the ladies are working alongside the local police, and it’s a Hawaiian adventure of oceanic proportions as they search for the kille 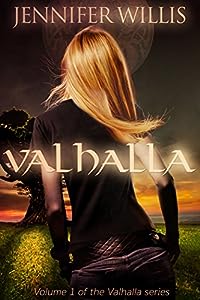 The fate of the world as we know it rests in the hands of an unwitting teenage witch and her overweight cat.

In present-day Portland, the Norse gods are alive and well, and hiding in plain sight: Odin is a high school principal, blustering Thor is about to lose his job as a photocopier repairman, and the Norns are operating a psychic hotline — and they and their kin are on the hunt for the newly reincarnated World Tree as they try to prevent Ragnarok.

At the same time, sixteen-year-old Sally Dahl is casting rune spells to bring about a better, happier planet, but she instead triggers the return of the legendary Berserker warriors — and their bottomless junk food cravings. When Sally finds herself the victim of her own magick, she inadvertently teams up with a power-grabbing minor deity, Managarm, who wants to capture the Tree for himself and assert his dominion over all.

Can Odin rely on a new generation of Vikings — including a marching band and a biker gang — for help? Can Sally fix her magickal mistakes in time to thwart Managarm’s plan — before the Berserkers eat Voodoo Doughnuts out of business? 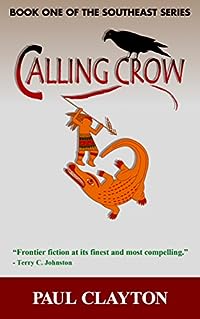 1555. Calling Crow is haunted by his recurring dream of the Destroyer who will one day lay waste to his village. Then Spanish colonial slavers from the island of Hispaniola arrive on the shores of the Southeast, lands that have been home to the Muskogee people for generations. Calling Crow and another brave are taken and bound into slavery. Life in the gold pits and slave camps is humiliating and brutal, but Calling Crow refuses to let them break his spirit. Aided by a kindly priest, Calling Crow vows to learn the language and ways of an overwhelmingly powerful enemy in order to eventually save his own people. But first he must regain his own freedom. 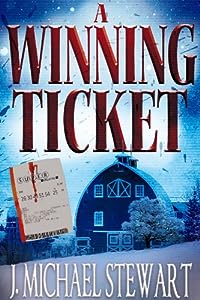 Twin brothers Benjamin and Harrison Zimmerman are struggling just to keep their heads above water. Low crop prices and a recent drought have driven them to the brink of bankruptcy. The family farm is on the verge of foreclosure, and the mounting debt seems overwhelming. In the midst of a Nebraska blizzard, their luck suddenly changes when they hit it big by winning the lottery. In an instant they become multimillionaires. Now richer than they ever dreamed possible, all their problems seem to be solved. But before the night is over, the brothers’ true feelings about the farm and each other will be revealed and their relationship changed forever.

A WINNING TICKET is a suspenseful 9000-word short story. 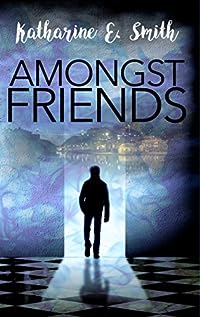 Amongst Friends
by Katharine E. Smith

Anna and Mike have a plan, to escape her abusive husband. Lee has his own plan, to stop his wife and so-called best friend for good.
Who will succeed, and how has a lifelong friendship come to this?

The three friends meet in early childhood, coming of age together and supporting each other through problems at school and in family life.
Everything changes when Lee and Anna decide to marry. While Mike swaps urban England for rural Spain, Anna finds herself trapped in an abusive marriage, with nowhere to turn.
When he discovers his friends’ relationship is far from happy, Mike is compelled to return to Bristol, to a life he thought he’d left behind.
He must rebuild the friendship, convince Anna that he can help her find a way out, and make sure that Lee knows nothing of what is going on. With his volatile temper and strong sense of pride, a vengeful Lee is unlikely to allow himself to be made a fool of without a fight.

Amongst Friends is the third novel by Katharine E. Smith. It turns traditional story-telling on its head, beginning with the dramatic end to the friendship and gradually unveiling what has happened for things to have gone so wrong.
If you like contemporary, psychological fiction, strong characters, and a twist of mystery and intrigue, you won’t want to put this book down.
Pick up a copy of Amongst Friends today and discover an exciting, original new voice in British fiction.