Today is an exciting day, and for a reason that doesn’t even affect me. I got a call yesterday from the Humane Society in a town I did not recognize, asking if my dad and his wife are a good fit for a Senior German Shepard. Having been raised with GSD’s and not knowing of a time in my life when he didnt have a GSD, I told them YES YES YES! The old pup would be spoiled for the rest of it’s life. So today an old pup, in the last years of his life, is going home with a couple that has spent the better part of their lives spoiling rescue dogs. It’s a good feeling. I will post pictures as soon as they come in. I hear he is HUGE!!! 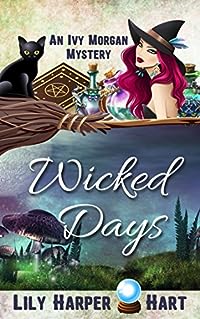 Have a witch of a good time…

Ivy Morgan is happy with who she is, and what she can do. She certainly doesn’t need to second guess her life, or her witchy ways… that is until Shadow Lake’s newest police detective enters her life.
Jack Harker is haunted by a past he refuses to talk about, and he’s not looking forward to a future with anyone – especially a sassy witch with boundary issues.
Jack and Ivy find their paths crossing on a regular basis when a dead body is discovered on the edge of Ivy’s property. Jack doesn’t want any romantic entanglements, but there’s just something about Ivy that keeps drawing him in.
When the truth is finally revealed, Jack has to decide what he believes – and he has to do it before a murderer turns his attention to Ivy.
Can Ivy heal Jack’s wounds? Will she even get a chance to try? 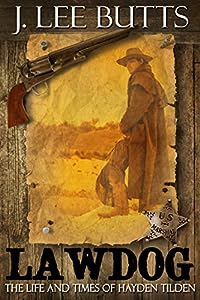 Fans of gritty westerns will love this action-packed novel by J. Lee Butts!

Legendary as the meanest, most fearless lawdog of the Old West, Hayden Tilden sometimes blurs the line between U.S. Marshal and hired assassin. His adventures all began with one murderous, cold-blooded bastard: Saginaw Bob Magruder.

The depraved killer butchered Tilden’s entire family and hurled the young man into a ruthless, bloody crusade for vengeance and a career as a U. S. Marshal. Tracking down Magruder will be just the beginning of Tilden’s adventures, bringing his own brand of justice to the wild and lawless West. 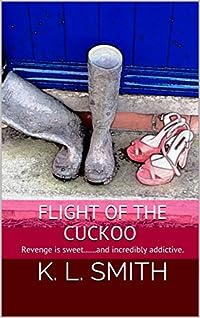 Flight of the Cuckoo: Revenge is sweet……. and incredibly addictive.
by K. L. Smith

A funny novel of twists and turns, life, death, love, and of course… revenge.

This is the dark but humorous tale of Sarah Pemberton, who is not a happy woman.
A down to earth, inventive soul who despises her stuck up pompous husband Neil, who believes he is much more intelligent and important than she is. When he refuses her a divorce and emotionally blackmails her into staying with him by threatening to take custody of their daughter, she’s decides to make life a little more entertaining for herself – by subtly torturing him at every available opportunity.
Creative and adaptable by nature, with a wicked sense of humour, she comes up with more and more ways to ridicule him, without him ever knowing she has a hand in it.

… “During 1993-1994 amongst other things, I cooked him a meat pie with pedigree chum,
stole his car more times than I can count, put chilli powder in his underpants, sent a stripagram to his work (a fat one), and subscribed him to a gay porn mag! (Our paperboy avoided him like the plague after that.)”…
Finding accomplices in the form of her aunt May, who lives in a crumbling old former hotel – which was damaged during WWII, and May’s two lodgers, a shy young hippy named Darren, along with his brother Matthew a former life model, they try to get rid of her husband by either ‘Plan A’ – which consists of ‘frame him for a crime so that he gets incarcerated’, or ‘Plan B ‘- drive him to a nervous breakdown. Both plans are designed to discredit Neil in case of a custody battle for their daughter.
There is only one little prerequisite for every little torturous idea though, and that is… IT HAS TO MAKE THEM LAUGH!
Unbeknown to Sarah at first, she isn’t the only one with a vendetta against her husband, his entire workforce hate his guts and exploit any opportunity to make him look bad.
When plans A & B go disastrously wrong, Sarah and co set their sights on a new target, her in-laws.

Interwoven throughout the story is the tale of aunt May, the lynch pin of her little make-shift family, who harbours secrets of her own that go back to the night the bomb fell on the east wing of the hotel.

This is not a tale of a submissive woman suffering at the hands of abuse; this is the tale of a strong courageous woman having one last laugh at other people’s expense.

Contains very occasional strong language, and scenes that should not be repeated at home.

Volume One of ‘The Cuckoo’ series 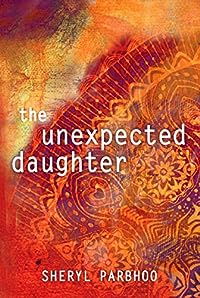 The Unexpected Daughter
by Sheryl Parbhoo

Three people’s lives intersect in a tumultuous yet redeeming way that none of them could have ever predicted. Jenny is a young professional from the South with an upbringing she wants to forget. She meets Roshan, an Indian immigrant who has moved to the United States with his mother, Esha, to escape family ghosts. With strong cultural tradition, Esha has devoted her entire life to her only child, both for his own good and for her personal protection from a painful past. Roshan understands his role as his mother’s refuge, and from an early age, he commits himself to caring for her. But when Jenny and Roshan embark on a forbidden, intercultural relationship, all three get tangled into an inseparable web — betrayal, violence, and shame — leaving them forced to make choices about love and family they never wanted to make while finding peace where they never expected to look.