Where Does Your Allegiance Lie?

The Unfading Lands series by Katharine E. Hamilton, is an amazingly well written tale of romance, action, adventure and fantasy all rolled into one excellent story line. This is a series that all ages will be entranced by. Enjoy! 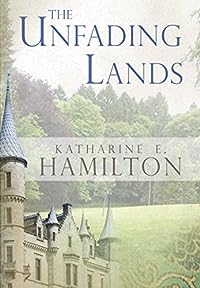 A selfish betrayal. Goodness long forgotten. A land with terrifying power. Something sinister is at work in the Land of Unfading Beauty, a land that promises eternal youth and splendor. Something evil. Under the façade of charismatic leader, Lancer, an enemy stalks–taking life and power in the most devious of ways.

Prince Edward, the heir to the Northern Kingdom, abandons his family in pursuit of a beautiful woman by venturing into the Land of Unfading Beauty, never to return home. Has Prince Edward been swept away by love, or was it part of a strategic plan?

Lancer has high ambitions of destroying the Northern Kingdom and will stop at nothing to acquire its power and strength. A desperate attempt to save the Realm forces Edward’s father, King Granton, to call upon the rulers from neighboring kingdoms for help. As the kings and their children unite, relationships are strengthened and loyalties tested, and Edward’s younger sister, Elizabeth, rises as a force to be reckoned with. Headstrong, yet pure of heart, this young princess breaks the barriers of her role in order to fight for the safety of her Kingdom. Fierce battles emerge between good and evil and unexpected heroes arise. But it will take courage, unity, and strength to overcome the temptation of darkness.

A darkness, invisible to the eye, threatens the safety of them all.

Can it be overcome?

Can Edward be trusted?

Who is the real enemy?

What Elizabeth discovers within herself, her kingdom, and her brother, will change the course for the entire Realm and leave one question:

Where does your allegiance lie? 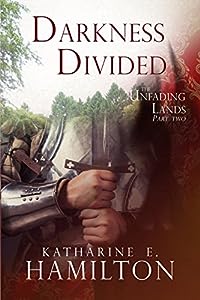 A darkness is now divided.
A new threat is on the horizon,
and a queen is on the throne.

Princess Alayna rises to position as queen of the entire Realm. A role she was never meant to possess. She is faced with the daunting task of protecting her Realm of four kingdoms from the Land of Unfading Beauty’s increasing strength as well as a new threat emerging from a once friendly neighbor, the Realm of King Abner.

As they face Lancer, their shared enemy, and consider the threat of Abner, the beloved allies come together in unprecedented unity. From the ashes of hard-fought battles, romance blooms and friendships deepen within the roster of cherished princes and princesses. New leaders will appear, bold and true, and deeply committed to the virtue of the Realm.

An ally has infiltrated the Land of Unfading Beauty at great cost — absorbing the very darkness that runs through Lancer. Can this useful collaborator help save them all from Lancer’s mysterious power? Can he withstand the temptations of evil coursing through his veins?

With multiple enemies threatening the very foundation of the Realm, Alayna must decide whom she can trust. She must decide who the real enemy is. And all the leaders must fight. Can Alayna, the newly crowned queen, lead the Realm to victory?

While treacherous secrets frustrate strategies and an imposing army appears on the horizon, the most important question remains:

Where does your allegiance lie? 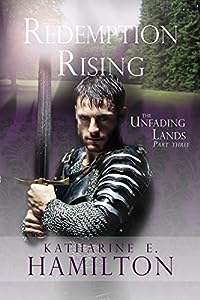 A vengeful queen,
A darkened soul,
And an insurmountable enemy.

The Realm of Queen Alayna survived the brutal attack by King Abner, but their plan to overcome The Land of Unfading Beauty was thwarted by a vile betrayal. A betrayal that leaves the Realm vulnerable. Devastated by the loss of her kinsman, Queen Alayna seeks total destruction of the Unfading Lands, and her heart is set on revenge for those she loves.

The royal band of unlikely friends must come together once again. They must each learn to rule their baser instincts, commiserate with one another, and empower one another if they hope to defeat the overpowering darkness hovering over the Lands.

As the battle against the darkness rises in The Land of Unfading Beauty, a battle within the soul wages within Edward. His allegiance is tested, and his character is questioned. Can he overcome the darkness and aid his former Realm to victory? Can the Realm face down Lancer? Can they overcome their greatest threat: the darkness? Or will the Realm of Queen Alayna fall into the hands of evil?

What will it take to thwart the seduction of the darkness while fighting in its midst?

As the Realm faces their biggest battle ever, the question remains:

WHERE DOES YOUR ALLEGIANCE LIE? 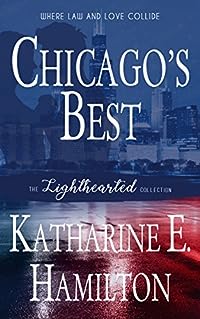 Kat Riesling spends her days serving up delicious treats with a side of sass at her beloved cafe.
However, her life is turned upside down when she finds herself as the newest target of the city’s largest crime boss.

Ian O’Dell, the newest detective on the Chicago police force, only wishes to serve and protect the quirky cafe owner.
But as bullets fly and emotions tangle, he finds himself torn between what his heart wants and what his duty demands.