I just can’t stop watching Tiny Homes and House Hunters. I’m not even thinking about moving, but I am obsessed with watching these people tour prospective places and giving their opinions. Lots of opinions. Not necessarily bad ones, or offensive. They are just little notes on the homes with no drama what-so-ever. No fighting, just happy people. The most drama you will see is a little concern on the price. OH GOLLY I CAN’T WAIT TO SEE WHAT HAPPENS NEXT! 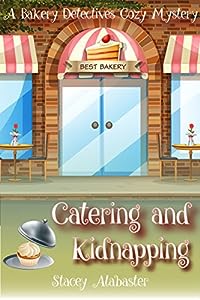 When Rachael gets involved in a high-stakes game of who-dunnit, more than one life depends on her finding the kidnapper before it’s too late.

Rachael is taking on catering jobs and anything else she can think of to pay the bills at the bakery. When a wealthy man seeks her help to find his kidnapped daughter, she is forced to take on a case she is ill-prepared to solve. When Rachael and Pippa keep running into dead ends, they realize they are in over their heads. Can they sort through the clues and save the kidnapped girl — and themselves — in time?

Buy Catering and Kidnapping and start solving your next mystery today! 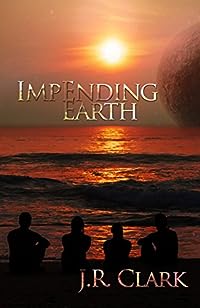 Three moons lit our night skies back home. We named them Initius, Magnus, and Fortitus, for the first to rise, the strongest to shed light, and the last to disappear in the morning hours. I miss our moons still, and I long dreadfully for the way things used to be, but I do not miss what my home had become in its last days, the days before we were forced to leave in an effort to save our very lives.
My entire existence at home was, at one time, filled with peace, the lives of myself and my three friends, even though the four of us were considered the ‘middle dregs’ of our society.
I have much to share about our former home, and more to tell regarding why we are no longer there. It is this pride, this lack of both internal and external consciousness, that demanded we flee for our very lives, and this is the story I will relate to you now.
My name is Dyzek, my three companions and I come from the planet Marmara in the Copetus galaxy. At one time, many, many moons ago, all of the peoples of Marmara were free, or so we thought, which resulted in our need to escape the impending oppression.
I record these truths for those of the future, my ‘children’. The four of us, my ‘family’, desire for those who will come after us and inhabit this new found world, we call “Earth”, to learn of this murderous pride which occupies the heart and soul of every being in our species. 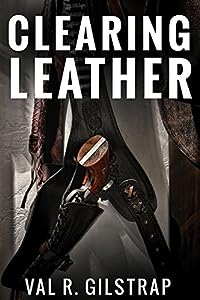 A young deputy and an older bushwhacker pursue bank robbers. Their methods and goals are often at odds. And they soon learn that recovering the stolen money becomes less important than preventing a possible massacre. 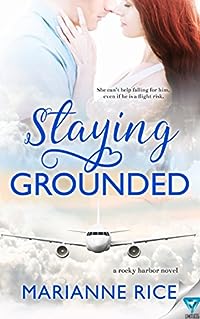 She can’t help falling in love with him, even if he is a flight risk… Graham Riley enjoys the laid-back freedom of a pilot’s life–until one choice puts his career in jeopardy…
Graham loves his job–it allows him to escape his troubled past and the stigma of being a murderer’s son. But after an altercation with a drunk passenger is posted on social media, he’s forced to go on administrative leave until his name can be cleared. To get his wings back, he must attend anger management classes, and to avoid the media frenzy near his home base in Texas, he heads to Rocky Harbor, Maine.

Responsible therapist Maggie O’Fallon wants a stable relationship with a man who’s not going anywhere…
Maggie grew up with parents who were never around, physically or emotionally. Needing steadiness in her life and in a relationship, she only dates men with normal jobs. But when Graham walks into her office and flashes his charming steel-blue eyes at her, she’s at a loss for words. Torn between her ethics and her heart, Maggie asks Graham to see a different therapist so they can explore the chemistry between them.

He has everything she’s been looking for–except stability…
Maggie touches something deep within Graham and he panics, pushing her away, too scared to face his feelings. But when a private investigator threatens to discredit not only Graham, but Maggie’s practice as well, he is faced with two choices. Fight… or take flight.

Battling a lawsuit and his heart, Graham must decide what’s more important–the life he thought he wanted… or Maggie. Maggie might be the only thing that will ever help Graham 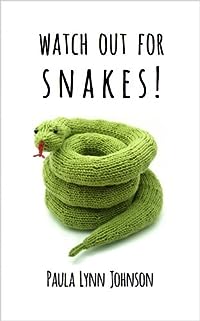 Watch Out For Snakes!
by Paula Lynn Johnson

Drunken snake-wranglers. Phony rabbis. A childhood buddy who practices her moves on Snoopy. Meet the off-kilter characters populating Paula Lynn Johnson’s off-kilter universe. In this collection of short essays, she recounts the night a rattlesnake terrorized her family, the fake rabbi who presided at her wedding, and the friend whose lurid secret she betrayed. Along the way, she muses on everything from What It Means (to be authentic, or believe, or tell stories) to why seventies sit-coms were so awful.

Oh — and she’ll make you laugh, too. A lot. Unless you happen to be a snake.