Now things are just getting out of hand with my poor unnamed piggie. Or too many named piggie, not sure which. Last night I had just turned the lights off and was about to drift to sleep, when hubby burst into the bedroom holding the little fella. He declared his new name was Tweek. I had to admit the little piggie looked like a Tweek with his eyes wide, head twitching left and right, up and down, checking out the entire room. The problem is hubby keeps coming up with pretty darn good names, so I find it hard to argue with him. So far we have Milton, Tweek, and Peanut. I have no answers right now. 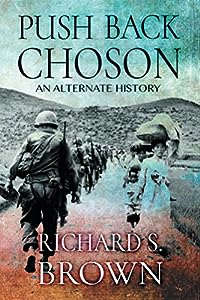 Push Back Choson
by Richard Brown

What if President Truman had withdrawn American forces from the Korean peninsula in 1950, rather than holding fast in a fight that cost more than 30,000 American lives? How would the United States’ position in Asia be affected today?

Push Back Choson offers one possible answer. In this alternate history, President Truman elects to withdraw American troops from Korea in order to avoid a new world war. The unfolding story is witnessed through the lives of an American Foreign Service officer, Tom Crandall, and a young South Korean woman, Soon Hi Chung who finds herself a displaced person in Japan trying to come to grips with the communist victory that has forced her from her homeland and torn her family apart.

Stung by the loss of Korea, political pressure builds in America to push back against the communist aggression in Asia and to retake land that was lost. 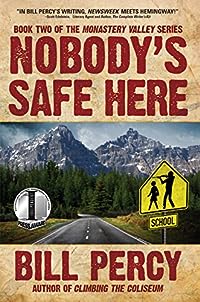 When cattle baron Magnus Anderssen collapses mentally, psychologist Ed Northrup struggles to find the cause – a terrible event buried in Magnus’s past leaving him veering between suicide and murder. Meanwhile, Deputies Andi Pelton and Brad Ordrew clash as they investigate Jared Hansen, a boy caught with rifles and a paranoid plan to kill his schoolmates. Their problem? Jared, a great kid, a school leader, has no previous problems. Ordrew’s convinced Jared’s a mass shooter-in-waiting, but Andi’s not. Ed joins their search for whatever caused his radical transformation from great kid to psychotic killer. It’s a race against time: Magnus grows more irrational and homicidal, Jared’s insanity may not be controlled before it’s too late, and Ed’s risky plan to save the boy may destroy his relationship with Andi. Nobody’s Safe Here, a psychological thriller, tells the story of a community of ordinary, decent people facing terrifying mysteries. 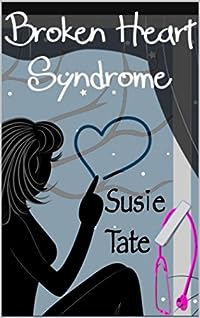 Shy, reclusive Frankie and her best friend Lou obsess over Thomas G. Longley, as they reverently refer to him, for their entire first two years of medical school. So when he publicly humiliates her at the student bar she is devastated.

Ten years later, Frankie has to work in the testosterone driven environment of Cardiology before she can start her palliative care training and, to her dismay, Tom is her boss.

Thankfully the subject of her long-term crush doesn’t seem to remember her and, given her ability to blend into the background, she’s not really surprised. What does surprise her is how cruel he is. Sure he squished her self esteem like a bug at Uni, but the Tom she spent many a pointless lunch break or library session covertly watching seemed easy going and quick to smile; not an uptight, overly critical bully.

Between passing out in theatre and being covered head to foot in the bloody vomit of ‘Scary Glenda’ (A&E’s most frequent, frequent flyer), she can’t wait to get through the six months.

Although she’s too timid to tell Tom to jog on when she is his only target, when it’s her patients that he starts trampling she decides to grow a backbone, and Tom begins to see that she is not the cold, aloof woman he once thought.

Unfortunately his past behaviour is not Tom’s only obstacle to gaining Frankie’s trust. You see, Frankie knows all about being pushed around. She’s dealt with enough verbal and even physical abuse before to last a lifetime, and she’s not going to be fooled into thinking that this ruthless alpha male has turned over a new leaf.

Luckily for Frankie, Tom is used to getting what he wants. He’s determined to make her see herself clearly for the first time in her life and he’s just arrogant enough to believe that he can break through her defences.

But Frankie has secrets, and a past that is not ready to let her go quite yet…

This book is a full-length contemporary romance / romantic comedy with its own HEA and no cliffhanger. 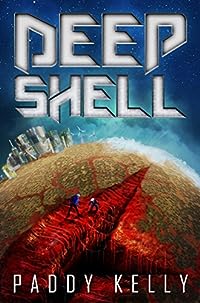 The world is made of meat.

Survivors of a galaxy-wide catastrophe have been living for decades on the back of a massive floating creature known as the behemoth, the only solid surface in an ocean world. Life is hard and grows even harder when power cells begin to fail and flesh-quakes start cracking the living shell.

Harkel is the surgeon, an expert in repairing the wounds on the shell. But now he must venture where nobody has ever dared to go – deep into the living meat, to find the secrets hidden at the behemoth’s core. Secrets that could either save a civilization or send it to a cold and watery grave. 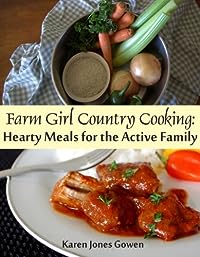 Although preparing regular family meals can be difficult, it is worth every effort. Dinner provides an opportunity to gather and refresh while spending time together around the table enjoying a meal.

Karen Jones Gowen has collected and tested the book’s 100 recipes of main dishes, sides and desserts from years of experience cooking for a large family. Whether you’re feeding a family on a budget or need ideas on menu planning, this cookbook is the perfect companion for the busy, working cook.

Hearty home-cooking using basic ingredients, plenty of fresh vegetables (and don’t forget the bacon) you will return to these recipes again and again when planning dinners for your family or entertaining for company.

Note to Kindle readers: The ebook version contains links between recipes, to assist you in finding the sides that go with each main dish. It does not, however, contain the full color photographs that are in the print version.