M. Lauryl Lewis’s take on the zombie apocalypse is fresh, gritty, raunchy, and with a new twist on the genre that will have fans coming back for more. Enjoy! 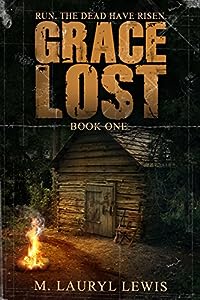 Zoe’s been on her own since she was a teenager, when tragedy took her family. Living in a remote small town, she withdrew from society. Her longtime friend, Adam Boggs, left her even more broken when he left for college and cut off communication. When he’s back in town for a visit, they attempt to reconcile. The next morning brings an end to life as they knew it.

Fleeing for safety, they soon cross paths with other survivors. It doesn’t take long until they realize that the dead are not the only things to fear. While the world is taken over by the dead, Zoe and Boggs are brought together in a heated romance that neither expect. Things get even more complicated when Zoe finds herself cursed with a mental link to the dead. Their lives become all about surviving, coping, and loving each other.

Book one of the Grace Series. Intended for mature audiences. 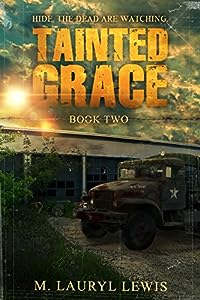 The dead have risen and they are evolving. A small group of survivors struggles with constant threats, from both the dead and the living. Not everyone will survive. Hopes will be crushed, strengths and weaknesses will be tested, and bonds will be broken.

Book Two of THE GRACE SERIES. 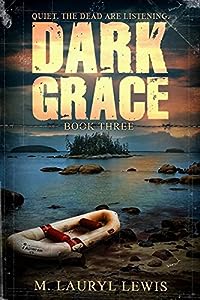 Now months into the zombie plague, a group of survivors are dealing with broken trusts, evolution of the living dead, and the horrors of the evil side of humanity. The group becomes separated and struggles to reunite. The infection is spreading. The death toll is tragically high.
**********
Readers have warned that a box of tissues is warranted for this 3rd book of the Grace Series.

Book Three of THE GRACE SERIES