The Seven Stages Of Bed

I read a funny quote that said, “I hate those morning when I wake up and my first thought is I can’t wait to go to bed.” That was my first thought this morning and I am still feeling it. I keep trying to figure out different ways to get myself back into that awesome warm and comfy bed. I have been going through a speed version of the seven stages of grief. I was shocked when the alarm went off, then I felt the pain in my entire body as I started moving around. Next I was mad that I have to get up EVERY morning. Seriously! There should be one day a week called Bed Day. Right now I am experiencing sadness that I can’t get back into bed. Once the coffee kicks in I am sure acceptance is right around the corner. 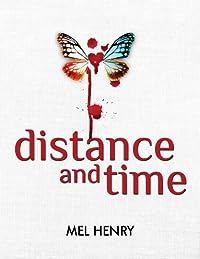 Carlene Cooper was your average teenager. Average, that is, except for her relationship with Josh McCarthy, member of teen mega-group, South Station Boyz. Young love blossomed at a chance meeting when Carly was a senior in high school and Josh was just discovering what stardom really meant. Despite their chemistry, it was no surprise to anyone when their very different lives took very different paths a few months down the road.

Years later, their paths cross again, and they must decide if the spark they felt back then is strong enough to rekindle. Josh has built a name for himself in show business, but Carly, too, has planted roots as a journalist in New York City. Will they be able to successfully merge their lives and overcome the obstacles that drove them apart a decade earlier?

Just as she comes to the decision that will change their lives one way or the other, Detective Trey Foster enters her life unexpectedly, and Carly is faced with another choice. Will she choose the man she’s spent her whole life loving, or will she push it aside for a chance at happiness out of the spotlight?

Get the first three books in the Bellingwood series in one volume!

All Roads Leads Home: Polly Giller returns to small-town Iowa from Boston ready to start a new life. She is renovating an old school building and while getting to know new friends, two sets of bones fall out of the ceiling. Don’t miss this heartwarming first story in a series that makes you want to move to Bellingwood and get to know Polly and her friends. Before you know it, you’ll be part of the community.

Polly’s First Christmas in Bellingwood: This first short story in the series occurs a few months after the end of “All Roads Lead Home.” While preparing for Sycamore House’s first big Christmas party, an old friend shows up needing help when he gets in trouble with the sheriff.

A Big Life in a Small Town: Bellingwood’s first barn-raising is coming up and to celebrate, Sycamore House is planning a hoe-down. The idea of a dance makes Polly nervous, but the gorgeous veterinarian is ready to step in and teach her a few moves, much to the chagrin of Henry Sturtz. A close friend of Lydia Merritt left a cryptic message as she died, asking her family to take care of… what? The ‘what’ brings new excitement to Polly’s life.

Treasure Uncovered: Sycamore House is having difficulty finding a good custodian and when the latest man doesn’t show up for work, Polly checks on him, only to find that he has been killed. The Sheriff is beginning to worry every time her number shows up on his phone. Does it mean another dead body? Thefts happening around the community are connected to Polly and her friends, but who would do this? 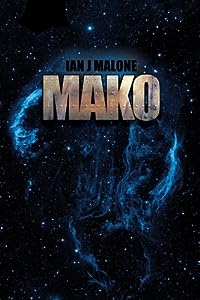 A down-and-out history professor leads a team of old friends to virtual glory as the first-ever group to beat Mako Assault, a revolutionary new game that has emerged from nowhere to take the online world by storm. As a reward for their achievement, and under the guise of publicity, the group is flown to meet the game’s mysterious designer, only to learn that Mako’s intent was never to entertain its players… but rather to train them.

An epic science fiction thrill ride of action, suspense, laughter, and romance; MAKO is the story of five ordinary people rising to the challenge of extraordinary events, driven only by their faith in each other. 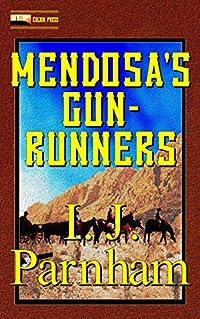 Mendosa’s Gun-runners
by I. J. Parnham

When Quinn Mendosa’s gun-runners steal fifty crates of rifles from Fort Stirling, Sheriff Rourke Bowman reckons that plenty of trouble will be heading his way.
But that trouble arrives sooner than he expects when his jailbird brother Dave Bowman rides into town and raises hell. Rourke has enough trouble on his hands, but when Dave offers to help him capture Mendosa by infiltrating his gun-runners it’s an offer that’s just too good to refuse.
Can the unreliable Dave complete his mission before those rifles fulfil their deadly purpose? Or will Rourke live to regret not running Dave out of town the moment he first clapped eyes on him? 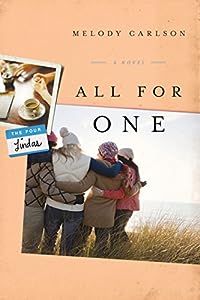 All for One: A Novel (The Four Lindas Book 3)
by Melody Carlson

Brimming with heart, humor, and a bit of mystery, this third book in Melody Carlson’s lively new Boomer series packs a poignant punch!

Life is heating up for the four Lindas — and it’s not just hot flashes! Abby’s losing sleep over her husband’s health and neglecting her bed-and-breakfast dreams. Caroline may have waited too long to put her Alzheimer’s-afflicted mom in a care facility. Marley’s hard-won independence is threatened by her grown son’s neediness. And Janie’s having a hard time being everyone’s rock as the relationship she counted on falters. Add to that a house fire, a missing set of dishes, a bully brother, plus a half-crazy blonde named Donna, and things get really complicated. But with each new twist their lives take, the Lindas are learning that good friends are the best family a girl can have.