What Is This Place? Kitchen?

The butchers at my local market are keeping a close eye on me these days. I stole a few steaks, but they can’t prove it. JUST KIDDING! Actually it is because for the past week or so I have been trying my hand in actual cooking. I have hated cooking for so long and have avoided it most of my life. Lately though, I have been doing a little exploring in the kitchen and I have to admit it’s kinda fun. It only took the butchers about two seconds to realize I was on unfamiliar grounds, since I was reading from a piece of paper what I was looking for, and it was only one item. They would ask what I was making and how, and would help me pick out the right meats and select nice cuts. Yesterday I cooked short ribs. I had never even heard of short ribs. It was my partner in crime’s recipe, and it tasted a lot like French Onion soup. Delicious! 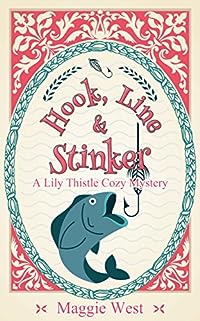 Teaching fifth graders might be a pain, but it’s nothing compared to clearing your name.

When grade school teacher Lily Thistle finds the body of a local womanizing garbage man washed up on the beach in her new town, she becomes suspect number one. Can this teacher turned amateur sleuth narrow down who wanted him dead and get the hot chief of police to recognize her as something other than a murder suspect?

This book is a clean read. 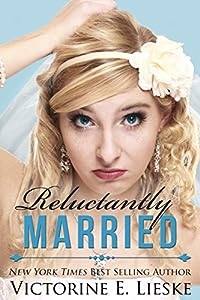 Megan Holloway can’t stand her local morning show co-host, Adam Warner, even though he’s a total hunk. He goads her on-air until she says things she regrets. But since ratings increase each time they have an on-air fight, the producer encourages his behavior.

When a relationship specialist comes onto the show purporting that Adam has hidden feelings for her, she reluctantly agrees to go out with him — on camera. What starts out as one date turns into a viral dating show with Megan and Adam alternating between locking lips and knocking heads.

As Megan fights her growing attraction to Adam, their popularity increases and ABC takes notice, offering them their own program. Not a morning show like Megan is hoping, but a dating show in which she and Adam must marry at the end. With the promise of a hundred thousand dollars and the possibility of scoring what she really wants, her own national program, she signs on.

What she doesn’t know is that Adam has fallen in love with her, and his objective is to get her to do the same.

This is a sweet romance, appropriate for any age. 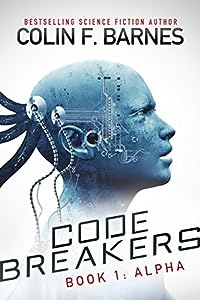 In a post-apocalyptic future, humanity survives within a single city run by a shadowy benefactor known only as The Family. Each week the death lottery claims more lives and Gerry Cardle, head of the lottery, inexplicably finds himself next on the list.

Something’s wrong with the system. A deadly artificial intelligence has breached security. Gerry has just 7 days to live. Forced off the grid, Gerry has to do the unthinkable: willingly leave the city. What he finds in the abandoned lands will shatter his perception of what it means to be human. Everything he had been told before was a lie.

In a deadly world of conspiracies, Gerry has to sacrifice everything he loves in order to save it, and time is running out.

For fans of Blade Runner, Logan’s Run, and The Matrix. 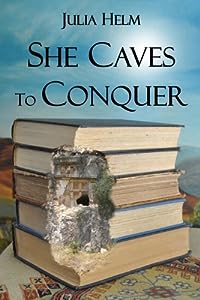 She Caves To Conquer
by Julia Helm

The intrigue of caves on two continents. A young woman escapes the hated, pitying gossip of her Midwest community when she moves halfway around the globe to one of the most bizarre landscapes on earth. When a family death summons her back, she leaves behind vivid memories of searchers and sojourners who live in caves and underground dwellings that have been occupied for nearly 4,000 years. She also leaves — but cannot forget — nagging questions about rumors of antiquities smuggling by the father of the girls she tutored in the family with whom she has lived. Once back in Freedom County, she makes an effort to face the dilemma of the ghastly tragedy in her family, a memory that she has shut out of her mind for nearly a decade. 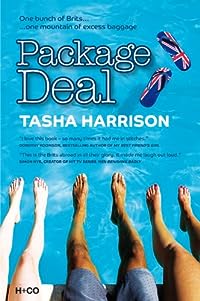 At first glance, it seems to Mia that the occupants of the neighbouring apartments are a typical bunch of Brits abroad – loud, embarrassing, to be avoided. But then she wasn’t there to socialise with other holidaymakers. She had come to Kefalonia to pay someone a surprise visit.

Meanwhile, her neighbours, young lovers Jo and Nathan are looking forward to two weeks of sun, sea and sex, while bosom buddies Caz and Babs are leaving the kids behind to celebrate their divorces over as many ouzos as they can pack into a fortnight. Frank and Margaret are making one last attempt to salvage their forty-year marriage, while gay meditation guru Shantee has come to find serenity in solitude. Lads-on-the-loose Craig and Steve are on a mission to bed as many babes as possible, while a miserable Simon is on his honeymoon – without his bride. And then there’s local heartthrob Dimitri, who will do whatever it takes to escape the very same paradise his guests have been dreaming of.

They each have a suitcase full of expectations, but after two weeks together, no one is who they first seemed to be, and no one’s holiday turns out quite how they imagined…