I have to laugh pretty hard at the fact that I am an awesome Scrabble player. If you have read Book Basset for any length of time, you know that I am a horrible speller (There, Their, & They’re have gotten me a few times). We won’t even speak about grammar right now. I think it might drive my hubby nuts since I am always asking him to spell things. I grew up with spellcheck, and I think that really affected my ability to spell even the simplest things.  In fact, just in this paragraph alone I have misspelled seven words. It looks like a red caterpillar army has taken over my computer. WOW! I can’t spell anything. I haven’t finished my coffee yet, so that could be a factor. Yaaaaa…. I gotta go clean this mess up. Enjoy the books! 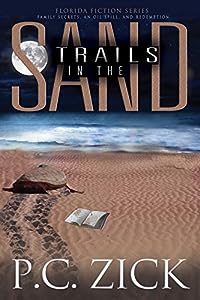 Trails in the Sand (Florida Fiction Series)
by P.C. Zick

Oil gushing from the depths of the Gulf of Mexico’s floor. Petroleum-covered wildlife gasping for air. Tar balls pushing into the grassy habitat of marine life. Beaches suffocating with the smell of fossil fuel instead of salt air.

All the while, sea turtles, in an ancient ritual, march from the sea, unaware of the dangers lurking for their precious cargo once hatched. The eggs laid — sometimes more than one hundred per nest — hatch in seventy days and begin their treacherous march to the sea if their natural predators don’t get to them first.

But in 2010, another more deadly predator — this one not natural — lurked in the waving underwater grasses where the hatchlings go to grow large enough to join the marine life in the larger bathtub of the sea.

This real-life drama serves as the backdrop to the fictional story of Caroline Carlisle, an environmental reporter covering BP’s Deepwater Horizon oil spill as wildlife officials race to save the threatened and endangered sea turtles of Florida’s Panhandle.

Caroline’s own life parallels the manmade disasters of April 2010 as her family is nearly destroyed by the secrets kept for generations.
The love story begins when Carline first laid eyes on Simon when she was nine years old. Unfortunately, he married her older sister, and thus set a southern family on a collision course with the past. After the death of her sister, which makes Simon a widow, the two finally marry and attempt to make a family. Simon’s daughter Jodi is less than welcoming to her new stepmother who also happens to be her aunt.

As Caroline reports on the oil spill threatening the sea turtle hatchlings, she begins a journey to uncover her own mother’s past, which includes the suicide of a sibling and a teenage pregnancy.

With her sharpened reporter skills, she digs until she brings all the secrets to light, and she can report that the sea turtle hatchlings are safe on the Atlantic beaches of Florida. 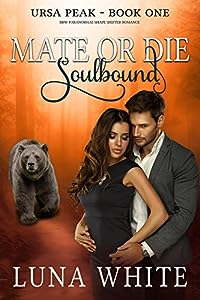 The soul bond has begun – two days to mate or die.

Ronan Knight has spent the better part of his life denying his bear. For him, life as a tour guide is satisfying enough, but when a simple touch while out on tour initiates the soul bond, everything he thought about his life must change. He has to find a mate or die, but acquiring a mate will prove to be difficult.

The last thing Evelyn wants is a new relationship. It’s all she can do to resist the sexy tour guide, but when he opens up to her about his dilemma, that complicates matters for her further. Should she trust a man she barely knows? As if that’s not bad enough, another threat lurks in the shadows.

Can they find love and beat the soul-bind countdown, or will Ronan meet his demise? 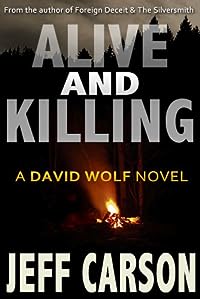 Just for a day, Colorado Sheriff David Wolf trades slogging through murky meltwaters and even murkier small-town politics for an overnight camping trip in the wilderness with his son.

But when a man with fresh burns turns up on their trail, falling from the heavy load in his backpack and running wild from something, Wolf suspects his father-son camping trip may have just taken a turn for the worse.

Unfortunately his instincts are spot on, and Wolf is forced into action with the last person he wants by his side in a deadly battle — his only son.

When news of their disturbing episode travels through the valleys, local FBI agents want to take over Wolf’s investigation, hoping to halt murder and corruption originating 7,000 miles away in Afghanistan. Wolf ignores the FBI’s order to stand down, even if the case involves a matter of national security. Not when his son’s safety is at stake.

In this stomach-dropping, action and suspense packed third installment of the David Wolf Mystery Thriller series, Wolf partners with a beautiful FBI agent to bust an inter-continental conspiracy threatening anyone who has the bad enough luck to stumble on it.

Alive and Killing has mystery, thrills, suspense, and action that will grab and pin you down until the final page. 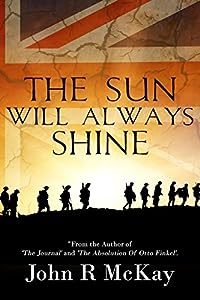 The Sun Will Always Shine
by John R McKay

John R McKay’s fourth novel sees him return to his favourite genre, historical fiction.
Set before and during the First World War The Sun Will Always Shine tells the story of brothers Harry and Charlie Davenport, who live on a farm in northern England, and their attempts to protect their mother and sister from their abusive and violent father.
They believe that their father’s increasing brutality needs to be stopped and they will need to carry out strong action to do that in order to protect their family.
With war approaching they realise that these actions could have terrible consequences upon the very people they have sworn to protect.
As suspicions grow ever stronger, could they find an escape in the trenches of the Western Front before their secret is revealed and their world is ripped apart?
This is a tale of war, grief, horror, lost love and sacrifice and is John R McKay’s most powerful novel to date. 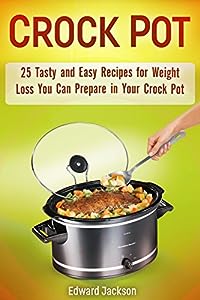 Crock Pot: 25 Tasty and Easy Recipes for Weight Loss You Can Prepare in Your Crock Pot
by Edward Jackson

This book is a guide for all those people who want to experiment something new and easy to cook that helps them eat healthy and lose excessive weight. Many of you might have a desire to eat well and healthy and make meals that are easy and simple to make but lack time. We bring you the best 25 tasty as well as easy recipes that you and your family members will love to eat.

The best thing about using a crockpot is that there is no need to fry stuff or use too much oil in it as it cooks on slow heat, bringing the flavor of the food and helps you eat better and live a better lifestyle.

It covers the following chapters:

Read this book and you will be able to understand how you can use your crockpot to make some of the most delicious and simple meals that you didn’t know you could even make at home.

If you are looking for to losing weight by eating healthy, download this ebook now and enjoy our best recipes.